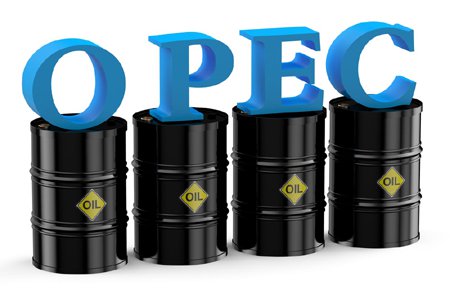 Minister of State for Petroleum Resources, Timipre Sylva, says that Nigeria will cut down on its crude oil production to comply with the targets set by the Organisation of Petroleum Exporting Countries.

The Minister, in a statement by Mr Ndu Ugahmadu, the Spokesman for the Nigerian National Petroleum Corporation in Abuja, on Thursday noted that Nigeria would continue to play its role in OPEC effectively.

“We have agreed to comply with production cuts of 50 per cent this month and 100 per cent from October this year,” Sylva stated.

He said that the OPEC endorsement of Nigeria was a testimony to  President Muhammdu Buhari’s efforts at ensuring that Nigeria remained a stabilising force within the organisation.

“The rest of OPEC have always looked up to us whenever there are problems.

“Recall that as OPEC Secretary-General, our late Oil Minister Dr Rilwanu Lukman was highly influential and since then we have played a central role and have been taken very seriously by member countries,” he added

Sylva, who was in his maiden outing at the OPEC described the endorsement as “heartwarming”, adding that it would go a long way to spurring and encouraging the country to do better.

Earlier, OPEC had commended Nigeria’s unwavering commitment to the stability of the global oil market which spanned many years of its membership of the organisation.

Bin Salman, who doubles as the Saudi Arabian Energy Minister, noted that since the 1980s when Nigeria’s late Oil Minister Lukman reigned at the helm of the Organisation, the West African nation’s role had been very pivotal in helping OPEC achieve stability in the oil market.

“Nigeria has always brought commitment and obligation towards the OPEC cause.

“I always thought of how we would have crossed the uncertainties of the global oil market of the 1980s without Nigeria,” Bin Salman added.