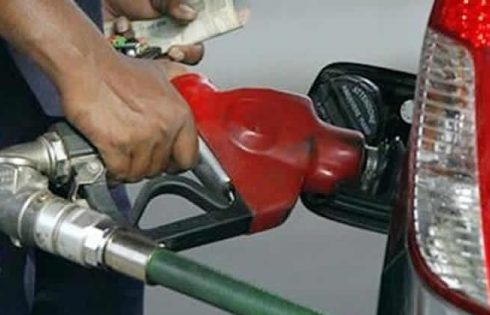 Latest data on the amount spent in subsidising Premium Motor Spirit, popularly called petrol, seen in Abuja on Monday showed that the government subsidised the commodity with N1.593tn between January and June 2022.

It was also gathered that the Nigerian National Petroleum Company Limited pumped N54.66bn into refinery rehabilitation during the six months period.

Figures obtained from the NNPCL’s presentation to the Federation Accounts Allocation Committee meeting for July 2022 showed that subsidies on petrol were implemented in June. The company transited from a public oil firm to a commercial entity last month.

It also made it clear in July that subsidy on petrol was now a burden of the Federal Government and not its own responsibility.

An analysis of the July presentation to FAAC showed that fuel subsidy or under-recovery/value shortfall, as described by NNPCL, rose to N1.593tn in the first half of 2022.

Figures from the report indicated that the amounts spent as subsidy on the commodity in January, February and March were N210.38bn, N219.78bn and N245.77bn, respectively.

On refinery rehabilitation, the oil company spent N9.11bn in January, made no expense in February and March. It invested another N9.11bn on the facility.

It spent N9.11bn in each of the months of April and May 2022 on refinery rehabilitation, while investing N18.22bn on the plant in June.

In April this year, the Minister of State for Petroleum Resources, Chief Timipre Sylva, said the April 2023 completion date for the rehabilitation of the Port Harcourt refinery was feasible and that the plant would refine 60,000 barrels of crude by early next year.

“This project kicked off second quarter last year and where they are now is quite impressive. It is on schedule. The commitment is to deliver 60,000 barrels per day from this refinery by the first quarter of next year, and, of course, we are quite happy,” Sylva had stated while inspecting the facility.

The NNPC officially signed the contract with Tecnimont SPA for the $1.5bn rehabilitation programme of the Port Harcourt Refining Company in April 2021 and had promised that the facility would be completed in 18 months.

Meanwhile the company’s July presentation to FAAC stated that the sum of N391.529bn was the gross domestic crude oil and gas revenue for the month of June 2022.

It noted that the value shortfall on the importation of PMS recovered from June 2022 proceeds was N319.176bn while the outstanding balance carried forward was N1.01tn.

The Chief Executive Officer, NNPCL, Mele Kyari, had during the unveiling of the newly commercialised oil firm, stated that the company was now a private outfit and had nothing to do with FAAC anymore.

Responding to a question on what would happen to NNPC’s monthly FAAC contributions, kyari replied, “We are now a private company. Would MTN go to FAAC?”

When probed further to tell if there would be no more FAAC remittances from the company going forward, he said, “We will pay our taxes, royalties and deliver dividends to our shareholders.”

Asked about the arrears to FAAC that were not delivered by the firm over the years, the CEO said, “Which arrears? That’s Nigerian National Petroleum Corporation.”’

On how the oil firm would handle subsidy on petrol being a commercial entity, Kyari replied that fuel subsidy was not a burden of NNPC.

The CEO had said, “Subsidy is not NNPC’s burden. Subsidy is the decision of the state and in every jurisdiction anywhere in the world, countries see them differently. In some countries, they put petroleum tax on top of the market price of these products.

“So, when decisions are to be made in some jurisdictions, they will reduce the level of taxation. That also is another form of subsidy. In some countries, you have zero taxation but you will pay the market price for the commodity. That also in a way, in fiscal system, looks at it from a subsidy point of view.

“In very many countries, a leader can decide that I don’t even want my countrymen to buy it at the market price. I’m ready to reduce that price for them so that they can buy.”

Kyari added, “In either case, whichever way the decision and the policy of the state decides, you know NNPC is there in the space to provide the product to the state at commercial value and, of course, it is also our duty to deliver to the customer at the price that the state wants.

“So it is no longer an NNPC issue. NNPC will have no issue with this. NNPC will be happy to supply because we will now see the state as our customer.”

Subsidy on petrol has remained an issue of concern among Nigerians and international agencies, as its humongous cost has continued to drain the treasury of the Federal Government.