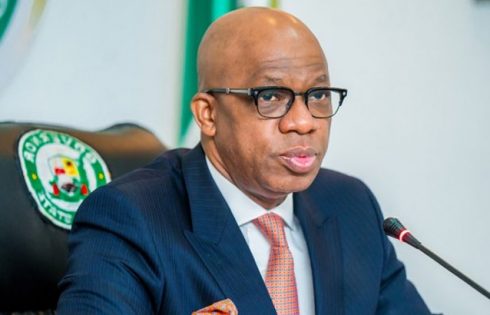 The Ogun State Government has received a Special Award for Concept and Design of the state airport at the Aviation and Cargo conference organised by AVIACargo Journal in partnership with atqnews.com.

Receiving the award on behalf of Governor Dapo Abiodun at the Lagos Marriott Hotel, Ikeja, on Thursday, the State Commissioner for Works and Infrastructure, Ade Akinsanya, said the Agro Cargo Airport under construction is a very viable project with socio-economic impact that would be felt across the value chain of the agro-processing sub sector.

Akinsanya, while explaining that the project is not just an airport but a centre for value-added services, said the agro serving aspect is the most interesting aspect because it would be a conglomeration of agro processing companies that turn materials into finished goods.

He said, “The airport will also provide facilities for cargo processing, storage, warehouses and training centre, among others. This is an aerotropolis.

“The Agro-Cargo Airport will serve as a conglomeration to agro-processing companies as well as aerotropolis that have added value services, when completed.””

Earlier in his welcome address, the organiser of the event, Ikechi Uko, eulogised Prince the Dapo Abiodun administration for the laudable achievements in Ogun State, especially in Infrastructure developments.