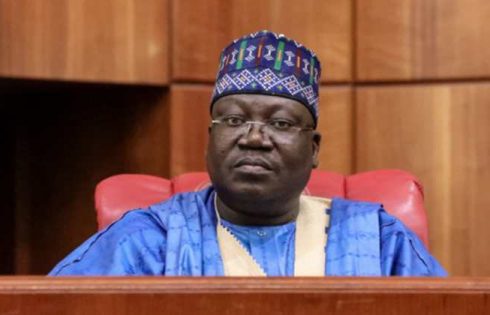 The Independent National Electoral Commission will publish the final list of candidates for presidential, senatorial and House of Representatives elections on September 20, its chairman, Prof. Mahmood Yakubu, said on Thursday.

Yakubu said this at an event tagged, “Expert meeting on conducting Nigeria’s 2023 general elections in volatile security environment” organised by the United Kingdom’s Foreign and Commonwealth Development Office in Nigeria in collaboration with the Centre for Democracy and Development.

He said, “Activities towards the 2023 general election will enter the critical stages this month. In the next 19 days, that is on September  20, 2022, the commission will publish the final list of candidates for national elections (presidential, senatorial and House of Representatives) as provided in Section 32(1) of the Electoral Act 2022 and the timetable and schedule of activities released by the commission.

“This will be followed on October 4, 2022 by the publication of the final list of candidates for state elections (governorship and state Houses of Assembly). Campaign in public by political parties will officially commence on September 28, 2022 as provided by Section 94(1) of the Electoral Act 2022.”

With this revelation by INEC, the President of the Senate, Ahmad Lawan; Governor David Umahi of Ebonyi State and former Akwa Ibom State Governor, Godswill Akpabio, of the All Progressives Congress would know their fate at the stated date.

The PUNCH reported that Lawan, Umahi, Akpabio had chosen to pick Senate tickets for Yobe North, Ebonyi South and Akwa Ibom North West Senatorial Districts respectively, after losing out at the presidential primaries of the APC.

The move stirred controversy since most Senate primaries were conducted before the presidential primary.

Also, in its earlier publication, INEC had refused to publish name of any candidate for the party in the affected senatorial districts.

Yakubu also informed all political parties and candidates to focus on issue-based campaigns.

“This is the best way to complement our efforts to ensure transparent elections in which only the votes cast by citizens determine the winner,” he said.

He said there was still time to address the security concerns facing the country ahead of the election.

Earlier, the Director, CDD, Idayat Hassan, said the event was important especially that the 2023 elections would be the seventh consecutive election since the return to democracy in 1999 and also being the second time Nigeria is having a transition from one government to another government.

On his part, the Development Director, FCDO, Dr. Chris Pycroft, said the 2023 elections was critical and that security is a top priority in the relationship between British and Nigerian governments.