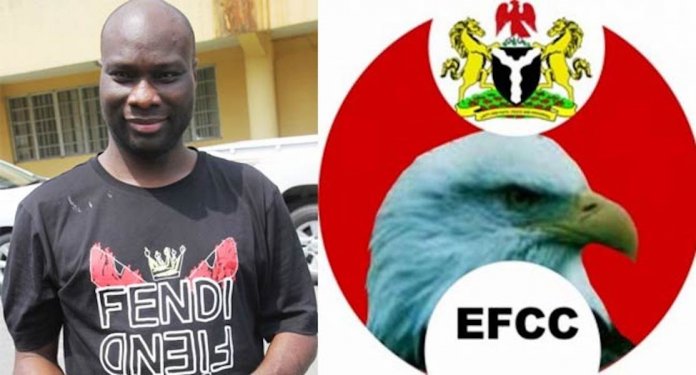 Mompha and his firm were arraigned before Justice Mojisola Dada of an Ikeja Special Offences Court on eight count-charge bordering on the offences.

When the charge was read to him, Mompha pleaded “Not guilty,” to each of the counts.

Following his plea of not guilty, his lawyer, Mr. Gboyega Oyewole, informed the court of his client’s bail application, which he said had been served on the prosecutor.

Meanwhile, Justice Dada ordered Mompha to be remanded in the EFCC’s custody, and adjourned the hearing of his bail application till January 18.

Mompha is also standing trial before a Federal High Court, sitting in Lagos alongside Ismalob Global Investment Limited on an amended 22-count charge bordering on cyber fraud and money laundering to the tune of N32.9 billion brought against him by the EFCC.