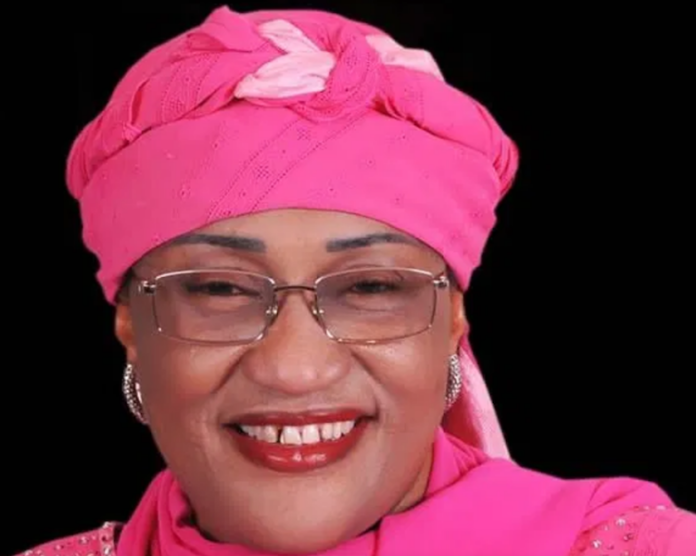 The news of her death was confirmed by officials of the PDP in Taraba State to newsmen last night.
Al-Hassan was a former Minister of Women Affairs and a former Senator of the Federal Republic of Nigeria from Taraba North Senatorial District.

She will also be remembered as former influential member of the All Progressives Congress (APC), the party she used as a platform to vie for the 2015 general election as a governorship candidate for Taraba State.

In the 2019 election, she tried her luck with the United Democratic Party for the same seat after she resigned as a minister from the cabinet of President Muhammadu Buhari on July 27, 2018.
She was born on the September 16, 1959 in Jalingo, Taraba State, to Alhaji Abubakar Ibrahim, Sarkin Ayukan Muri.

She attended the School of Basic Studies, Ahmadu Bello University, Zaria from July 1977 to July 1979 for her preliminary studies.