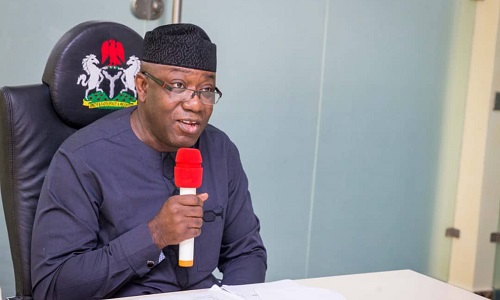 The governor disclosed this in Ido Ekiti while inaugurating a block of six classrooms at the Ekiti Parapo College as part of activities to mark the first anniversary of his administration in office.

Fayemi, who was represented by the Deputy Governor, Otunba Bisi Egbeyemi, disclosed that payment of the counterpart funds to the UBEC would turn around the parlous state of basic education in the state.

According to a statement on Sunday by the Special Assistant (Media) to the Deputy Governor, Odunayo Ogunmola, other projects inaugurated included a police station in Igogo Ekiti and town halls in Obada Ekiti and Isan Ekiti.

The governor said basic education experienced hitches after his first tenure, when the succeeding administration did not pay UBEC counterpart funds for 2014, 2015, 2016 and 2017.