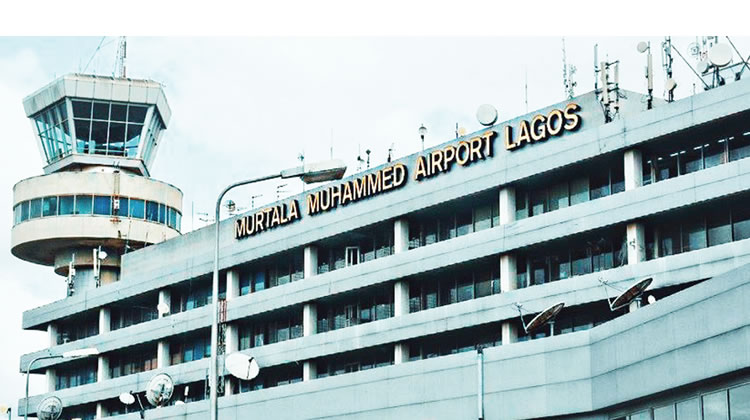 Several international passengers were stranded at the Murtala Muhammed International Airport, Lagos on Monday, as many airlines were forced to divert flights due to the strike action embarked on by workers of the Nigerian Aviation Handling Company Plc over salary-related issues.

NAHCO in a statement acknowledged that some of its clients were being put through a difficult situation by the insistence of some of its members of staff to embark on a strike action despite a subsisting order of the court allegedly restraining them from doing so.

The Group Executive Director of NAHCO, Dr Olusola Obabori, said the company regretted the inconveniences the industrial action had caused.

He said, “We understand the power of negotiation. The company which has arguably the best welfare package among the local players in the aviation industry will do all that is absolutely necessary to make its workforce happy even as it delights its customers. This situation would be resolved speedily as it is detrimental to the staff, the company, and its esteemed clients.”

Delta Air Lines, Turkish Airlines, Ethiopian Airlines, Virgin Atlantic Airways, Qatar Airways, and Air France-KLM were some of the airlines the company handles their logistics. It handles check-in, boarding, and ramp services for many international and domestic carriers.

The National Union of Air Transport Employees and the Air Transport Senior Staff Services Association of Nigeria had last week given a five–day notice of strike to NAHCO management, citing slow progress in negotiation for salary review.

The company, which recently promoted about 2,000 members of its workforce, asked that accelerated negotiation be continued in February to enable the company to stabilise from the financial effect of the recent promotions

NAHCo workers, however, prevailed on the protesting staff to shelve their action.  The strike was suspended after a meeting among NUATE, ATSSSAN and the company’s management.

NAHCo’s management as part of peace measures had to withdraw the suit it filed against the actions of the workers and vacate the earlier obtained court order.

According to a statement issued by NAHCO, negotiations on staff welfare are to commence on Wednesday, January 25th January 2023; all negotiations were to be concluded during the week with a resolution that all staff should resume work immediately.

Airlines such as Qatar Airways and RwandAir which had taken off diverted to Accra and other neighbouring countries while the strike action lasted.

It was learnt that Qatar Airlines had to go back to Doha with the same passengers after it appeared that the situation would take a long time to be resolved.

Virgin Atlantic was in a frantic move as of 8.30 am on Monday to prevail on the workers’ union to rescind their action while looking for an amicable resolution to the issue. Many of Virgin Atlantic’s passengers were students who were returning to schools in the United Kingdom.