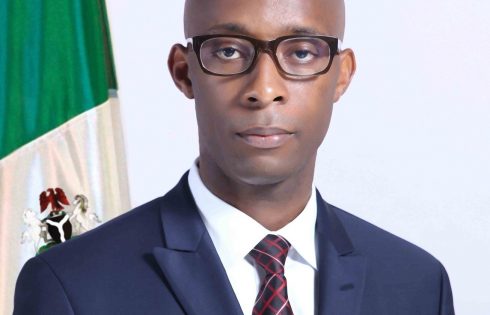 A governorship aspirant under the platform of the Peoples Democratic Party, PDP, in Akwa Ibom State, Mr Onofiok Luke has collapsed his political structure and support base to the party’s governorship candidate in the State, Pastor Umo Eno.

Luke took the decision after a reconciliation meeting with Pastor Eno at the instance of the supreme council ruler and paramount ruler of Nsit Ubium, Oku Ibom Ntenyin Solomon Etuk, which was held in the paramount ruler’s palace on Tuesday.

Luke, who is the member representing Etinan Federal Constituency, noted that the meeting was symbolic because it was instituted by his fathers and as a child from a humble home, he couldn’t disobey the monarchs.

According to him, “It would have been very difficult for me to be convinced if this meeting had been at the instance of any other set of people.

“I never haboured any intention to betray my party PDP because everything I have achieved has been made possible by the PDP.”

Responding, the PDP guber candidate, Eno commended Luke for collapsing his support base to him, describing him as a humble and honest man who has the interest and development of the State at heart.

On his part, the Paramount Ruler of Nsit Ubium where both men hail from and the initiator of the peace meeting, said as a father to all, he was bent on ensuring that politics does not divide his children.

He advised the PDP candidate, Pastor Umo Eno to carry his brother and others along, as more hands make the job a lot easier.

“It is like a farm, with more hands, the weeding is easier,” the revered royal father said.

Pastor Umo Eno was accompanied by his running mate, Senator Akon Eyakenyi, as well as other stakeholders to the meeting.

The event was also witnessed by other paramount rulers of the State.

Delta not IPOB territory, gunmen should keep off – PDP candidate

Boko Haram infiltration of South-West: We are on red alert – Ekiti Police