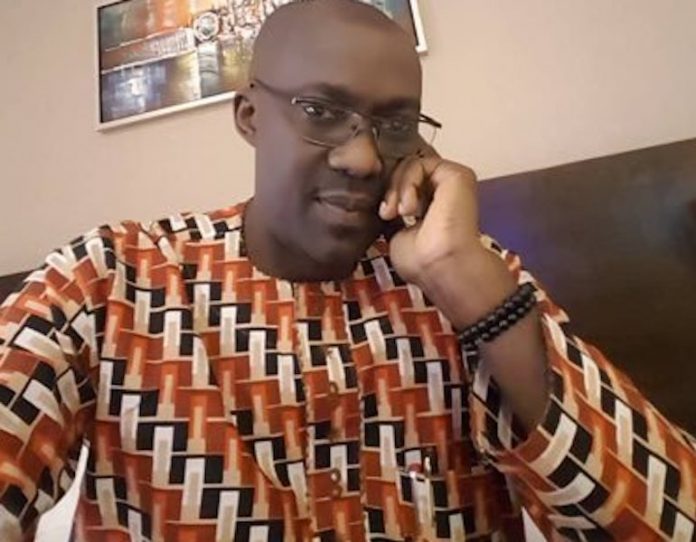 Some members of the organised private sector yesterday kicked against the federal government’s introduction of an excise duty of N10 per litre on all non-alcoholic, carbonated and sweetened beverages in the country. They argued that the policy would be an additional cost burden to producers of the product, and expressed concerns that it might lead to job losses.

The Manufacturers Association of Nigeria (MAN); Nigerian Association of Chambers of Commerce, Industry, Mines and Agriculture (NACCIMA); Lagos Chamber of Commerce and Industry (LCCI); and Centre for the Promotion of Private Enterprises (CPPE) said they were worried by the deleterious economic consequences of the new excise duty.

MAN lamented that despite the obviously overwhelming negative effect, the federal government was more interested in the revenue gains from the excise duty and was only trying to explain away the bad policy by linking it to citizens’ health.

The manufacturers made their position known in a statement obtained by THISDAY.
The association stated that the reintroduction of the excise duty would cause the beverage sub-sector of the food and beverage industry to lose up to N1.9 trillion in sales revenue between 2022 and 2025. This, it estimated, would be a 39.5 per cent loss, due to imposition of new taxes with concomitant effect on jobs and supply chain businesses.

According to Director General of MAN, Segun Ajayi-Kadir, the revenue aspirations of government in introducing the excise may not be justified in the long-run.
Ajayi-Kadir stated, “Let us look at it this way: the government is estimated to generate an excise tax of N81 billion between 2022 and 2025 from the group. This will not be sufficient to compensate the corresponding government’s revenue losses in other taxes from the group.

“For instance, the corresponding effect of reduced industry revenue on government revenues is estimated to be up to N142 billion contraction in Value Added Tax (VAT) raised by the sector and N54 billion Company Income Tax (CIT) reduction between 2022 and 2025.

“It would appear that the goose that lays the golden eggs is being led to perdition. Seeing that the affected sub-sector has contributed most significantly to the economy and taxes, despite the debilitating impact of naira devaluation, inadequacy of forex and the COVID-19 pandemic.

“The food and beverage sector contributed the highest, 38 per cent, of the total manufacturing sector contribution to the GDP. It comprises 22.5 per cent of manufacturing jobs and generates more than 1.5 million jobs. So, this excise duty would certainly cast a sunset to this performance.”

The MAN director general said recent studies had shown that introducing excise on non-alcoholic beverages was likely to cause a 0.43 per cent contraction in output and about 40 per cent drop in total industry revenues in the next five years.

Describing the impact on manufacturers and the supply chain, he stressed that excise duty resulted in high production costs, which adversely affected production levels, and, ultimately, led to dwindling profits. He said the introduction of excise would grossly affect the small and emerging business owners in the non-alcoholic beverage sector.

Ajayi-Kadir added, “Nigeria is the sixth highest consumer of soft drinks, but per capita consumption is low. Introducing excise will easily reduce production capacity, causing manufacturers to struggle to meet investor commitments as well as cause investors to take investments to other countries.”

The director general noted that a decrease in production levels or ability to purchase raw materials as a result of the introduction of excise would also result in reduced profits for the supply chain players in the non-alcoholic beverage sector.

According to him, “One is particularly worried about the ripple effect of the introduction of the excise, despite strenuous evidence-based advice to the contrary. This will have unpleasant impact on employment, households and consumers.

“As seen from previous impact analyses, excise affects production outputs, revenues, and profits. This causes companies to pursue cost-cutting measures to reduce the effect of diminishing revenue and profits by reducing employee salaries or retrenchment.”

Ajayi-Kadir stated that presently, the country’s unemployment rate was about 33.3 per cent, with projections to increase even further. He warned that a further cut in jobs for an industry that employed over 1.5 million people directly and indirectly could worsen the unemployment position in the country and result in an increase in social vices and moral decadence.

He said, “There will certainly be decline in private households/ consumers purchasing power, as they earn income mostly by supplying labour to the industry and from owning a share in industry capital. Households, in turn, use this earned income to purchase food, shelter and products from the manufacturing firms. Introduction of an additional tax will cause manufacturers, in a bid to offset tax and maintain profit, to raise prices of their products to higher rates, thus, shifting tax incident to consumers.”

Similarly, Director General, LCCI, Chinyere Almona, said the chamber’s immediate concern was the likely increase in prices, which could lead to a decrease in demand and, consequently, loss of jobs due to a reduction in production activities.

Almona said, “If the president insists he wants it, we have to oblige him. The prohibition on imported drinks should be better enforced to protect domestic production from unfair competition in the face of the high cost of production in Nigeria.”

She noted that LCCI supported both the government’s revenue drive and the pro-health considerations of several stakeholders.

“We, however, recommend that the realised revenue from these levies be channelled into improving the country’s grossly inadequate health infrastructure,” she stated.
“The allocation to the health sector in the 2022 federal budget of N876 billion should be reviewed upward to the region of a trillion Naira invested into the sector in the next 10 years,” she added.

Almona said the chamber was also concerned about the government’s stance on enforcement of revenue targets on government-owned enterprises.

According to her, “The operations of these Government-Owned Enterprises (GOEs) should not build up into a hostile business environment where the private sector will find it challenging to thrive. And beyond the levying of taxes on carbonated drinks to force a reduction in consumption, we urge the various public health agencies to regulate the production of sugary drinks to reduce their negative effect on human health.”

Director General, NACCIMA, Ambassador Ayoola Olukani, said the introduction of the excise duty by the federal government was ill-timed, stating that the excuse given that it would discourage young people drinking is incorrect.

Olukani stated, “That is a culture that has been developed. It is not a good direction to go at all and we sincerely hope that they would reconsider.”

Chief Executive Officer of CPPE, Muda Yusuf, said the introduction of the excise was a negation of the economic recovery and job creation aspirations of the federal government. Yusuf stressed that many upcoming small businesses in the beverage sector would be hard hit by this policy.

He said, “The millions of micro enterprises in the soft drinks’ distribution chain will be adversely impacted by the imposition of the excise. This is detrimental to the job creation and poverty reduction commitment of Mr. President.”

Yusuf added that Nigerian manufacturing companies and, indeed, most investors were going through tremendous stress at the moment.

He said concerning the manufacturers and investors, “They are currently grappling with serious macro-economic challenges and structural constraints impacting on capacity utilisation, productivity, and competitiveness. This is affecting sales, turnover, profitability, shareholder value, and the sustainability of investments. The norm globally at this time is to provide incentives for industries to aid their recovery from the shocks of the pandemic and escalating costs.

“We cannot afford to be doing the exact opposite. Manufacturers across all product segments need a respite, especially in the light of the unprecedented escalation of production and operating costs.