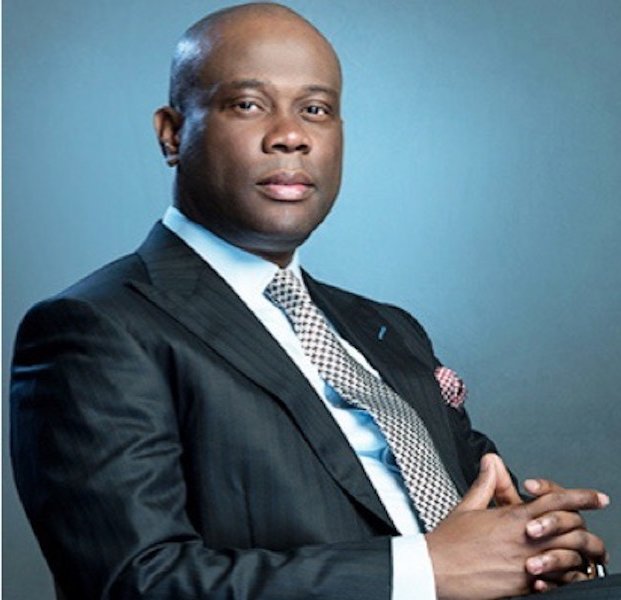 Significantly, a fact that many don’t know is that Access Bank Plc which acquired Diamond Bank some years ago takes no prisoners. It is a strict, law abiding, disciplined organisation and top-draw industry player that will deploy all requisite legal means to recover what is due to it.

It is highly unconscionable to borrow depositors’ money from a bank, to ostensibly enhance business growth but only to conceive strategies to evade repayment on the terms agreed. What is really in the DNA of folks or organisations which draw loans only to deliberately default in repayment? A new industry study suggests that borrowers who default on loan repayment terms may actually have no reputation to protect in the first instance.

It’s then not surprising that with gloves off, the no-nonsense managers of Access Bank Plc, led by its proactive CEO/Group Managing Director Hubert Wigwe, last week, went after the properties of late Chief Sunny Odogwu, over a judgement debt of over N50 billion.

The judgment debt in the bank’s favour was against late Odogwu and two of his companies – Robert Dyson & Diket Limited and SIO Property Limited – in respect of a property situated on No. 31-35, Ikoyi Crescent, Ikoyi, Lagos State, known as Luxury Collection Hotels and Apartments (formerly Le Meridien Grand Towers).

The property owned by SIO Property Limited of which the late Odogwu was the majority shareholder, was financed with a loan from the then Diamond Bank, now acquired by Access Bank. Curiously, the Odogwu family which had apparently opted for a game of hide and seek with Access Bank has now woken to the sheer folly of that course in the face of the bank’s resolute and principled footing.

It could be recalled that Justice Saliu Saidu of the Lagos Division of the Federal High Court in suit number: FHC/L/CS/1633/14, in November 3, 2015, found the late Odogwu and his companies guilty of breach of Bank-Customer Relationship and consequently ordered the sale of the property used as collateral for the loan sum of N26,229,943,035.22.

However, with a 20 per cent interest on the N26 billion judgment debt in the last six years the judgment was delivered, the total debt has now risen to over N50 billion.

The bank had in 2014, commenced legal action against the defendants at a Federal High Court, Lagos, following the failure of the defendants to meet their loan obligations granted in the financing of the Le Meridien Grand Towers, known as Luxury Collection Hotels and Apartments.

Plaintiff in arguing its case had placed glut of evidence before the court on how it granted various credit facilities to the 1st and 2nd defendants to finance the construction of the Luxury Collection Hotels and Apartments.

Significantly, in sync with valued corporate tradition, the various facilities were at various times restructured to ease the repayment of the loan facility but the 1st to 3rd defendants continue to refused or failed to meet their obligations, stating that the project site located at 31-35 Ikoyi Crescent, Ikoyi, Lagos and the Personal Guarantee of the late Chief Sonny Odogwu were used as collaterals for the facility.

Delivering judgment in the suit, Justice Saidu held that the first to third defendants were in fundamental breach of the contract for the financing of the construction of the Luxury Collection Hotels and Apartments, having admitted “Indebtedness to the plaintiff in the sum of N10, 252,315,567.28 on the project finance facility as at December 20, 2011.”

More, the judge stated that where there was an admission of indebtedness by a party, the court could make an order for the sum admitted to be paid. “The following is very clear from the totality of evidence before me; that there are facilities granted and disbursed….the facts of these facilities were admitted in paragraphs 8, 10, 11, 13, 14, 15, 16 and 17 of the counter affidavit.

“I have not seen anywhere in the pleadings of the 1st to 3rd defendants that they did not enter the contract as shown in exhibit DB3 with the agreed collateral being a third-party legal mortgage on the parcel of land located at No 31-35 Ikoyi Crescent, Ikoyi, Lagos State”, the court held.

Additionally, the learned trial judge held the first to third defendants have not produced before the court any evidence that any of the conditions for the grant of the facility was waived or demonstrated to the court how they liquidated their indebtedness.

His words: “With all the facts before me, I am satisfied that the first to third defendants who have admitted indebtedness has not shown how the indebtedness was liquidated.

“There are four probable methods of answering an allegation of indebtedness which are to admit the debt, deny the debt, to counter-claim against the debt and to set off against the debt. From all the facts before me the 1st to 3rd defendants have only admitted the debt but have not shown how the admitted indebtedness was liquidated. This court therefore has the power to grant an equitable relief of specific performance against the 1st to 3rd defendants to do what they have agreed to do by the contract.”

Flowing from these grounds laid out, Justice Saidu made the following consequential order: “Judgment is entered in the sum of N26, 229,943,035.22 jointly and severally against the 1st to 3rd defendants being the outstanding sum as at September 30, 2014 advanced by the plaintiff for the 1st to 3rd defendants project which sum has remained unpaid despite several demands.

“That leave is granted to the plaintiff to foreclose and sell the said property situated at 31-35 Ikoyi Crescent, Ikoyi, Lagos and to deposit the proceed of the sales into the 1st defendant’s account kept with the plaintiff towards the partial satisfaction of the judgment sum against the 1st to 3rd defendants.

“That leave is granted the plaintiff with the supervision of the Court’s Registrar to sell property situated at No 31-35 Ikoyi Crescent, Ikoyi, Lagos being the security for the sum of N26, 229,943,035.22 advanced by the plaintiff to the 1st to 3rd defendants for the development of the project called Luxury Collections Hotels and Apartments, the repayment of which facility, the 1st to 3rd defendants have failed, refuse otherwise neglected to make despite several demands.”

It could be regretfully recalled that defunct Diamond Bank Plc, an iconic bank comparable to Eastern Nigeria’s African Continental Bank (ACB), went under because of the recalcitrance of borrowers. After its formal merger with mid-tier rival Diamond Bank Plc., in April 2019, following due regulatory approval, Access Bank Plc. acquired all the assets and liabilities of the defunct banking entity. This positioned Access Bank to pursue recovery of all outstanding debts. It is certainly not shirking this crucial responsibility.

Recalcitrant debtors negatively impact the critical banking sector and defeat the essence of granting such facilities to aid business growth. For Access Bank, the lender in this instance, it is a costly project. The cost covers time for debt recovery and the need to make greater loan provisioning, which reduces profitability and capital resources for lending.

Clearly, banking remains a relationships business. For ages, banks have tried to leverage that relationship to grow and maximize shareholder return. Because of her emphasis on the long term, Access Bank Group, one of Africa’s largest retail banks by retail customer base with proven risk management and capital management capabilities have deployed both organisational cultural transformation to be ahead of completion.

This is why dodgy debtors must steer clear of accessing facilities from ACCESS Bank!