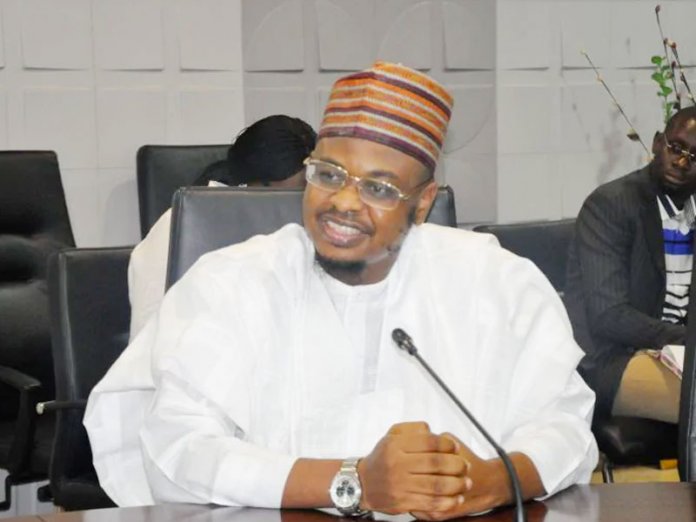 The Minister of Communication and Digital Economy, Dr. Isa Pantami, yesterday said the communication and digital sector generated over N1 trillion to the federal government between 2019 and 2021.

This is as he urged security agencies to leverage the country’s technology to advance the current fight against insurgency and banditry as well as other security challenges bedeviling the nation.

The minister also hinted that the 5G technology was 95 per cent ready, adding that a national policy on its deployment would soon be presented to the Federal Executive Council (FEC) for approval.

Speaking at a book presentation titled, “Digital Innovation for Economic Prosperity in Nigeria,” by

Image merchants Promotion Limited, publishers of Economic Confidentiality and PR Nigeria, Pantami also maintained that the digital economy remains the best opportunity for the country to create many jobs particularly, “where we have a challenge of unemployment on the one hand and employability on the other hand.”

He said the digital sector remains the most important driver of the global economy, adding that the sector contributed 5.6 per cent growth to the US economy between 2006 and 2016.

However, responding to why the ministry had not provided technology assistance to security forces to solve the country’s challenges, the minister said it was left for the security operatives to work with the ministry as well as leverage on available solutions to achieve their objectives.

He said, “We are not security agencies. The security agencies are the ones that are supposed to leverage on the technology to do their own work. And we have been mandated to give them all the necessary support.

“All the support they need is available to them 100 per cent.

Since my first day in office to date, we have always given them their support.”

He said, “Any support they require in technology to do their work, I have provided 100 per cent so far. So it is their duty to leverage on the technology to do it because it’s not our own work to go into it but rather they are to leverage on what we are doing or to extend their hands of fellowship to us that this is what we want to achieve.

“Whenever they extend, we provide what they require 100 per cent not even 99 per cent and we will continue to do that.”

On the planned 5G deployment, he said, “It’s difficult to say the time for rollout but I think it’s 95 per cent ready so far.

“We started the process in 2020 and another conspiracy came up that 5G is related to COVID-19 and many educated people agreed with them.

“But now the World Health Organisation (WHO) and the International Telecommunications Union – two most important institutions when it comes to health and telecommunications – both have confirmed that there is no relationship between them.”

He added, “So because of this, that conspiracy theory had been destroyed intellectually and scientifically.

“In spite of that we set up a committee or working group which studied it effectively, accommodating people from the technology, health, environment, security – they have been working for over a year on the national policy for 5G deployment in Nigeria so that we can be in the same page.

“And we can ensure that there’s no vacuum which others will exploit to the detriment of the interest of our country. I hope it will be soon presented to the Federal Executive Council (FEC).

“When it is approved, the National Frequency Management Council which I happen to be the chairman will assign spectrum to NCC and NCC will release it to operators for the deployment.”

However, while commending the author of the book, Inyene Ibanga, for doing an excellent work, the minister added that could be successful leader who doesn’t read or write, and encouraged everyone to get a copy of the publication.

He said, “This book, “Digital Innovation for Economic Prosperity in Nigeria” is a very important book. I have glanced it and I had the privilege of even writing the foreword of this book.

“It is a compilation of some of our major initiatives of the federal government under the leadership of President Muhammadu Buhari particularly in the area of digital economy which has been cascaded into innovation, cyber security and many more.

“The most important driver of world economy today is the digital economy.”