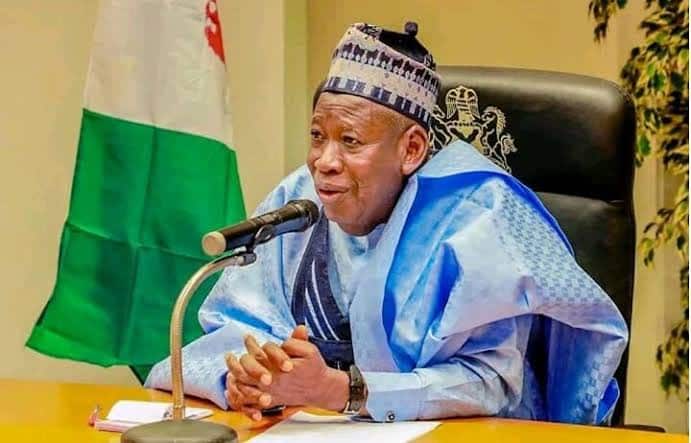 The Governor of Kano State, Abdullahi Ganduje, has tasked the people of the state, especially the Muslim faithful to remain vigilant and be security conscious during the Eid-el-Fitr celebrations.

In a goodwill Sallah message to commemorate this year’s Eid-el-Fitr, which marks the completion of the Ramadan fast, the governor, through the commissioner for Information, Malam Muhammad Garba, also warned that the state would not be a safe haven for purveyors of violence.

While describing security as everybody’s business, Ganduje assured of adequate reinforcement of security personnel during the festivities.

The governor said that the government would stand against anyone bent on destroying the existing peace in the state and urged the people of the state to avail security agencies of the necessary information to help tackle insecurity.

He commended Muslims and the entire people of the state for their steadfastness in the midst of challenges facing the nation, urging them to remain prayerful and continue to support the government in its efforts to tackle the problems.

Ganduje also charged Muslims to keep their spirits up in spite of the COVID-19 third wave in the country by cooperating with the government through adherence to guidelines for the COVID-19 containment that included hand washing, use of face mask and observing social distancing during the festive period.

The governor, who commended the people of the state for their unflinching support for his administration through prayers, counsel and active participation in governance, called on them not to relent in contributing to the maintenance of peace and harmony being enjoyed in the state.

The statement also urged Muslim faithful to extend the spiritual benefits of Ramadan, which are love, peace, and justice to their daily living and through this, contribute to the development of the nation.