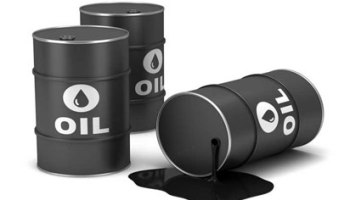 The international oil benchmark, Brent crude, reversed its recent losses on Wednesday after a ship ran aground in the Suez Canal, and worries that the incident could tie up crude shipments gave prices a boost after a slide over the last week.

Reuters reported that the gains appeared to stabilise the market that had slumped after early this month, when oil prices hit their highest levels this year earlier on expectations for demand recovery that have since been dashed as European nations re-entered lockdowns to halt another wave of the pandemic.

Oil has recovered from historic lows reached last year as the Organization of the Petroleum Exporting Countries and its allies made record output cuts. On Tuesday, both benchmarks touched their lowest since February.

A giant container ship has been blocking the Suez Canal for more than a day, but it has been partially refloated, with traffic along the fastest shipping route from Europe to Asia expected to resume soon, port agent GAC said on Wednesday.

“Price support is coming courtesy of a transport blockage. Yet market sentiment will likely struggle to shake off its newfound bearish trend,” said Stephen Brennock of oil broker PVM.

“The refiners are coming out of maintenance and recovering from the power outages. The expectation is now that they’re getting back to work, we will see crude inventories trending lower in the coming weeks,” said Phil Flynn, senior analyst at Price Futures Group in Chicago.

Italy, France and other European countries have re-imposed movement restrictions. But German Chancellor Angela Merkel said she was reversing a decision for a stricter Easter shutdown. Germany is Europe’s biggest oil consumer.

OPEC and its allies, known as OPEC+, meet on April 1 to consider whether to unwind more of their output cuts.