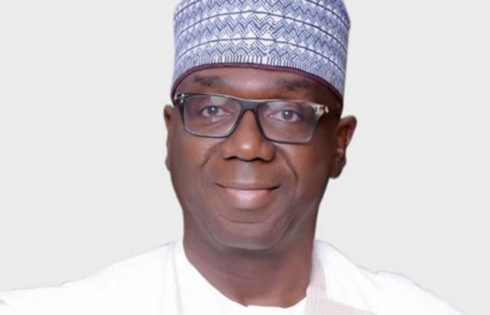 The founding Chairman of the Kwara State Internal Revenue Service, Prof. Muritala Awodun, on Monday said the agency collected N85bn as internally generated revenue during his tenure, from 2016 to 2019.

Awodun, according to a statement, on the sidelines of his handover and public presentation of the new Chairman of KWIRS, Mrs Folashade Omoniyi,  said N85bn collected in four years, during his tenure, amounted to 49 per cent of the total collection of N175bn in 20 years.

“What the performance of the past four years have shown, particularly when compared to other states of the federation, cannot be but encouraging.

“For instance,  with a N7.2bn IGR collection in 2015 that puts Kwara at 17th position of the 36 states of the federation,  the improvement of IGR to N17.5bn in 2016 moved the position of Kwara State to 10th position in that year.

“Further improvement to N19.6bn in 2017 pushed the state further up to 9th position with the state sliding back to 10th position in 2018 due to the IGR figure of N23.1bn generated.

Awodun said KWIRS engaged diverse stakeholders, particularly the customer (tax payer)-based associations and groups, as the point of entry and contact with each of the organised segments.

According to him, using this approach made negotiations easier. He said that agreement reached could easily be implemented and followed up, giving sense of belonging to the tax payers.

He added that the professional and  non-professional stakeholders’ associations therefore became veritable partners in the agency’s tax mobilisation drive.

He said KWIRS did not just identify the facilities required for the  service to deliver on the customer expectations, but ensured that such physical, human, financial and technological resources were well deployed.

The Senate yesterday concurred with the House of Representatives’ conf…