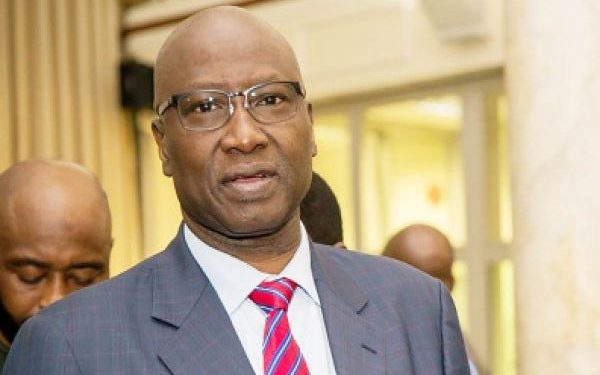 Nigeria got independence from Britain on October 1 in 1960.

Addressing reporters yesterday to announce activities form the celebration at the Radio House in Abuja, the Secretary to the Government of the Federation (SGF), Mr Boss Mustapha, thanked God for preserving the nation to witness its 59th anniversary.

The SGF, who was represented by the Permanent Secretary, Political and Economic Affairs in the Office of the SGF, Gabriel Aduda, said efforts had been made to keep the nation united over the years, despite its diverse challenges.

But he stressed that the country ought to be far ahead where it is today, if not for the numerous challenges.

President Muhammadu Buhari’s administration, he said, was doing its best to ensure better livelihoods for the citizenry and leave long-lasting legacies.

Mustapha said 10 youths will win N1 million each during the youth concert on Monday, September 30.

According to him, it was the result of intellectual prowess, patriotic zeal, as well as love of country that enabled the nation’s forebears to succeed in their struggle.

“Nigeria’s leaders, since then, have made varied contributions to building our nation state.

“Above all, efforts have been made to ensure that the country remains united, despite diverse challenges, which are not un-expected in a multicultural society such as ours.

“Independence Day for us is a joyous occasion, but also a sobering one because we are beset with a lot of developmental challenges, looking at how far we have come.

“Ideally, we should be far ahead of where we are right now as a people. But nevertheless, President Muhammadu Buhari’s administration is not sitting on its oars but working to ensure better livelihoods for the Nigerian people,” he said.

The nation’s chief scribe said it was Mr President’s avowed determination to bequeath to the nation a long-lasting legacy of improved infrastructural facilities and a better economy across the length and breadth of the country.

News Agency of Nigeria reports that other activities lined up for the celebration include a Juma’at prayer in the afternoon and a special lecture on Friday, September 27, at the National Mosque in Abuja earlier at 10 a.m.

Also to be featured for the celebration is the National Youth Entrepreneurship Empowerment Summit and youth concert on Monday, September 30 at 9 a.m. and 6 p.m at the International Conference Centre and Millennium Park.

On Tuesday, October 1, there will be Independence media broadcast by President Buhari at 7 a.m and Presidential change of guards at 9 a.m at the State House Forecourt.

Information and Culture Minister Lai Mohammed, who was represented by the ministry’s Permanent Secretary, Mrs Grace Gekpe, said Nigeria had gone far as a nation at 59th celebration.

“God has kept us for this 59th years and it is our belief that we will wax stronger even as we move on to the Next Level.

“It is a good thing that we have clocked 59th years. We’ve gone far as a nation and God has been so faithful to us.

“It is our belief that a lot of things will happen in this anniversary celebration. There will be a lot of policies and programmes that will be implemented effectively beyond this 59th anniversary,” Mohammed said.