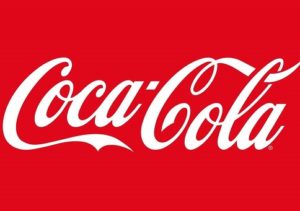 According to a statement, this is the 6th time in seven years that the company has been ranked number one in the index.

It added that this was the 9th year in a row that it had been ranked in the top three global and European beverage companies.

According to the breakdown for this new rating, the CCHBC was adjudged to have scored 100 per cent  in 11 categories while it secured 90 per cent in nine other categories, with the cumulative points placing it in the second position in global ranking.

Speaking on this milestone, the Chief Executive Officer, Coca-Cola Hellenic Bottling Company, Zoran Bogdanovic, said that the company was proud of the recognition accorded it, saying that the employees and partners remained committed to delivering on its sustainability goal.

“We are honoured and proud that the commitment of our employees and partners to sustainable practices has again resulted in this recognition. We are well aware though that this is just a snapshot.  In reality, the work never stops and there is always more to be done.  That’s why we put so much focus on the consistent, long-term delivery of our sustainability goals,” Bogdanovic said.

While reeling out some of the company’s sustainability highlights in 2018, he identified them as reduction of carbon emissions in the business value chain by 25 per cent; employee engagement score of 88 per cent; 37 per cent increase in the number of women in management roles; huge contribution of taxes to local economies; huge investment in community projects; 22 per cent reduction of water usage in production, among others.

“We achieved our science-based commitment to reduce carbon emissions in our value chain by 25 per cent (compared with 2010), two years ahead of the 2020 target date. In other words, we have saved 1.27 million tonnes of carbon emissions. We have also achieved an employee engagement score of 88 per cent, above the average of FTSE 100 companies. In Addition, we have successfully recovered the equivalent of 45 per cent of the total primary packaging we placed in the market for recycling,” he noted.

Bogdanovic said that the company remained committed to achieving its sustainability goals, stating that 2025 sustainability commitments launched recently would address key areas such as emissions reduction; water use and stewardship; world without waste; ingredients sourcing; nutrition and our people and communities.