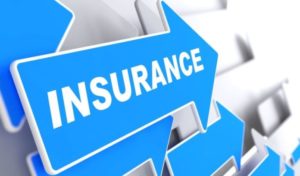 Following the recent increase in the minimum share capital of insurers by the National Insurance Commission, insurance firms listed on the Nigerian Stock Exchange need N142.13bn to meet the requirement; FEYISAYO POPOOLA reports

The National Insurance Commission on May 20 issued a circular on the increase in the minimum paid-up share capital of all classes of insurers ― insurance and reinsurance companies ― with the exception of Takaful operators and micro-insurance companies.

NAICOM also barred regulated entities from borrowing money to meet the requirements. This leaves the firms with the options of merger and acquisition or capital raise by rights issue.

An analysis of the issued share capital of insurance companies showed that 24 of the 25 listed companies require an additional capital of N142.13bn.

Only African Alliance Insurance Company Plc had a share capital greater than the previous and new requirements.

Its share capital stood at N10.29bn, while the NAICOM requirement for its category (life insurance) stood at N8bn.

With a share capital base of N3.465bn, Aiico Insurance now requires an additional N6.53bn to remain in composite business.

Aiico announced plans to raise additional N25bn through private placement, which it said would enable it to play in higher tier capital level in the insurance industry.

AXA Mansard needs additional N4.75bn as its current capital base stands at N5.25bn.

Continental Reinsurance, the only listed reinsurance company, has a target of N20bn capital while it currently stands at N5.19bn. The company requires an additional N14.81bn.

The company revealed plans to raise its capital base from N6.1bn to N10bn by way of rights issue.

It said the additional capital would also be deployed to specific initiatives to accelerate growth and consolidate its leadership position and deliver exceptional returns to shareholders.

Regency Assurance, with a capital base of N3.33bn requires additional capital of N6.67bn.

Sovereign Trust’s current capital base stands at N4.17bn, while those of Staco Insurance, Standard Alliance and Sunu Assurances stand at N4.67bn, N6.46bn and N7bn respectively.

Coronation Merchant Bank, in its 2019 Insurance Industry report, said the new NAICOM requirement, which was scheduled to take effect not later than June 30, 2020 would bring about a wave of mergers and acquisitions.

It said NAICOM’s current reform of the insurance industry shared essential features with the 2004 reform of the banking industry under Prof Charles Soludo, then governor of the Central Bank of Nigeria.

The report read in part, “The result of 2004’s banking reform was to reduce the number of banks from 89 to 25. As we have already argued, 2020 could see the number of insurance companies fall from 59 to around 25.

“If some insurance companies are actually eliminated rather than consolidated by this process, then the survivors will enjoy market share gains.”

He said to position the insurance sector for radical growth, the lessons learned in Asian markets and West Africa must be considered.

Czartoryski described cooperation between regulators and distribution partnerships with banks and telecom companies as critical to the growth of the insurance sector.

He stated that though fresh capital was necessary for development, a fresh strategic approach was required to reach the industry’s potential.