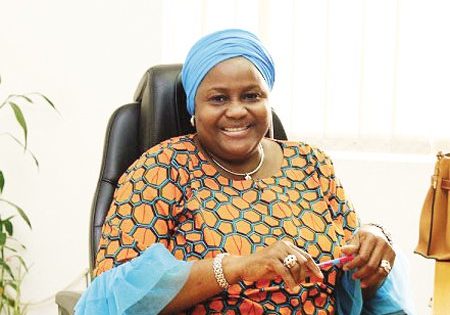 THE acting Director-General of the National Pension Commission, Aisha Dahir-Umar, says the total pension assets in Nigeria rose from N7.44tn in January to over N9tn as of March.

Dahir-Umar attributed the boost in the pension assets to the support of the organised private sector and labour.

The Pencom DG, who was represented by Salihu Bwala, made the disclosure on Thursday in Port Harcourt, Rivers State, during the Nigeria Employers’ Consultative Association and Pencom interactive session on current developments and challenges in the implementation of the Pension Reform Act, 2014.

She said, “The pension industry is one of the fastest growing industries in the country with the support of the organised private sector and labour.

“The Contributory PensionScheme plan currently has over N9tr pension assets. This feat could not have been achieved without the support of the organised private sector.”

She explained that the commission had developed a software application that tackled the problem of multiple registrations and urged employers to encourage their employees to avail themselves to their respective pension administrators for data recapture and regularisation.

Dahir-Umar added, “The commission recently developed a robust application to enhance contribution registration system for the pension industry. The application has been deployed and pension practitioners are currently using it for new registration and recapture of data for contributors who previously had retirement savings accounts.

“The application is linked to the National Identity Management Commission and will assist in addressing issues of multiple registrations in the database of pension funds administrators.

“Accordingly, all employers are asked to encourage their employees to present themselves to their respective pension administrators for recapture.”

On his part, the Director-General, Nigeria Employers’ Consultative Association, Timothy Olawale, charged employers in the country to comply with the 2014 Reformed Pension Act.

He said, “We are calling on employers of labour to ensure that they become corporate responsible citizens by complying with provisions of the law, especially with regards to the pension scheme.

“One of the ways employers can engender productivity, which is important for business profitability, is by making the welfare of the workers a top priority by contributing to their pension, which takes care of the worker’s welfare at work and after life,” Olawale added.