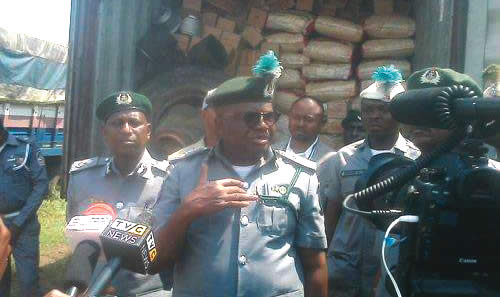 Exactly 21 days into the intensive joint border patrol by the security agencies, the Nigeria Customs Service said the action had resulted in the arrest of 100 illegal migrants.

It also arrested 117 smugglers with many items confiscated during the exercise.

The Public Relations Officer, NCS, Joseph Attah confirmed the development in a statement issued on Tuesday.

The border closure exercise was carried out in four sectors of North-West, North-Central, South-West, and South-South geopolitical zones.

He said as of September 10, 100 illegal migrants had been arrested while seizures include 8,360 (50kg) bags of parboiled foreign rice; 122 bags of fertilizer; 77 vehicles; 781 drums filled with Premium Motor Spirit as well as 16,371 empty 200 litres drums used for smuggling PMS.