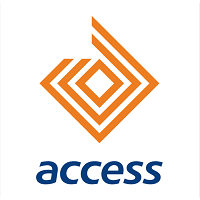 During a forum to avail the bank’s agents of the inauguration of its new logo and application, the Head of Agency Banking, Access Bank, Micheal Ogbaa, said the bank saw the need to celebrate the agents that were working with it to serve its customers.

He said, “Today, we called them together because we are launching our new logo and our new application. Today is just a celebration of our partnership and to give them the vision we have for them.”

Obah said the bank currently had about 15,000 agents nationwide, but it invited about 250 for the forum.

While speaking on the impact of the agents to the bank’s operations, he said, last year alone, it opened about 700,000 new accounts using its agents.

Before accepting agents in the bank, he said the bank would do ‘Know Your Customer’ and ‘Enhance Due Diligence’.

He also said that the agent must have education and be a honest person.

“By the time an account officer looks through these three things, he will give you a form to verify and you become our agent,” he said.

He said the agency system was cogent because the farther an individual was to the bank or ATM, the easier for the person to enjoy the convenience of a nearby agent.

“They are closer to you; they do more for you because they are in your neighbourhood than you going to the bank. And all the queues we see are not necessary,” he said.

He noted that the agents were helping to extend services to the excluded.

The Group Deputy Managing Director of the bank, Roosevelt Ogbonna, said the bank was committed to working with its partners to drive financial inclusion in the country.