‘We lost three students, staff within 3months in UNIZIK’ 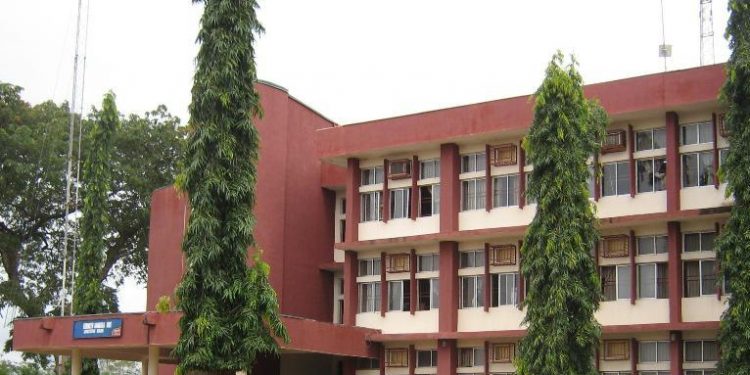 Students Union Government of the Nnamdi Azikiwe University, Awka, Anambra state has expressed worry over recklessness of commercial bus drivers plying within the school and its environs.

Director of Transport in the institution, Mmesirionye Patrick stated this on Saturday during the 1st Annual Transport Summit, themed, “A Good Transport Network: A Panacea to Accident Minimization”.

He said the ugly trend has led to increased cases of road crashes with attendant loss of lives of students and staff of the university.

According to him, the institution lost three students and a staff within three months, blaming the deaths on overspeeding by the drivers, many of who he said, lack basic training.

He said the Summit was to address incidences of road accidents and other challenges confronting transportation in the university.

“We decided to organize this Summit in collaboration with the state government, Federal Road Safety Corps (FRSC), Johnbosco Onunkwo Foundation and other relevant stakeholders to sensitize and educate drivers on proper road usage.

“Most drivers of the shuttle buses that ply within the school and environs don’t only lack basic training, but drive recklessly.

“Since most of the buses have automatic gear, they feel there’s no need for training as long as the buses are easy to drive.

“Some of them speed as far as 80km per hour even within the school environment, instead of the stipulated speed limit of 40km.”

Mmesirionye also lamented high cost of transportation fare students were subjected to, blaming it on high rate of Internally Generated Revenue (IGR) by the state government.

“Some drivers pay up to N800 daily as revenue besides the daily remittances they make to the owners of the buses. So they don’t have option than to hike fares,” he added.

Earlier, the FRSC Sector Commander in the state, Andrew Kumapayi called for attitudinal change among motorists, including alcohol and drugs intake before driving.

Kumapayi, represented by the Public Education Officer, Pascal Anigbo stressed the need for passengers to ensure roadworthiness of the vehicles before boarding.

One of the speakers, Chief Engr. Johnbosco Onunkwo, maintained that reduction in road crashes was a collective responsibility of the government, regulators and the motoring public.

Onunkwo, founder and Chief Executive Officer, Johnbosco Onunkwo Foundation, pledged to erect new bus stand for the institution, which the students described as their biggest threat and that of the university staff and bus drivers.