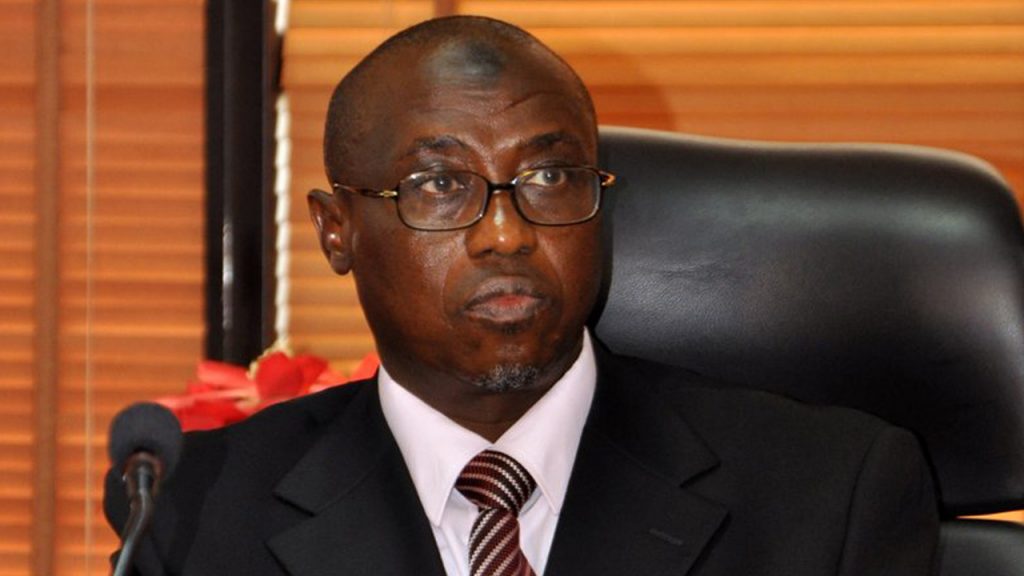 The Group Managing Director of the Nigerian National Petroleum Corporation, Maikanti Baru, on Tuesday, reeled out the over $8bn worth of deals currently being handled and pursued by the NNPC since the beginning of 2019, as he faces retirement in a couple of days.

Baru is due for retirement on July 7 this year, as he would have attained the mandatory civil service retirement age of 60.

The NNPC boss, who delivered the keynote address at the official opening of the 2019 Nigeria Oil and Gas conference in Abuja, stated that the oil firm was involved in financing deals and had signed Memorandum of Understanding worth several billions of dollars since 2019.

He said the corporation had successfully initiated the Memorandum of Understanding (framework agreement) between NNPC and the Nigeria Liquified Natural Gas company for the provision of about $2.5bn funding for NNPC’s portion of cash call payable on upstream gas supply projects for SPDC, TEPNG and NAOC JVs.

Baru added that the NNPC had also initiated negotiations for the Financing and Technical Services Agreements for identified Nigeria Petroleum Development Company assets – OMLs 13, 65 and 111.

He said, “As you may be aware, NPDC currently contributes about eight per cent of current national daily production. Further developments from these assets and NPDC JV assets are expected to move NPDC to over 300 barrels per day equity.

“We have progressed negotiations with EPC contractors and potential Chinese lenders on the third-party financing for the Ajaokuta-Kaduna-Kano Gas Pipeline Project of $2.89bn.”

He noted that the NNPC had also been active in the frontier basins as exploratory activities progressed from seismic data acquisition, processing and interpretation to the drilling of the Kolmani River-2 well in the Benue Trough.

Baru stated that between 2015 and 2017, the corporation was involved in various project financings of over $3bn in new investment capital.

The NNPC boss, however, noted that promoting investment required stability in the regulatory framework, clarity in terms of fiscal direction and reforms, access to capital and more importantly, effective and efficient deployment of both capital and human resources.

He also told participants at the conference that Nigeria held about 2.2 per cent of global oil reserves.

“Nigeria is home to the second largest crude oil reserves in Africa after Libya. Our crude oil production currently hovers around 2.2-2.3 million bocpd. This was bolstered by the coming onstream of the Egina Field in December 2018 and which has currently ramped up to 200,000bopd,” he stated.

On the gas side, he said Nigeria had the 9th largest gas reserves in the world with gas reserves of 201 trillion cubic feet and upside potential of about of 600Tcf.

He added, “It is also significant to state that out of about $194bn surge in the capital expenditure coming into upcoming oil and gas developments on the African continent from 2018 to 2025, Nigeria today accounts for $48.04bn (over 24.8 per cent) with other African countries sharing the rest.”

Baru stated that to encourage the existing players in the industry, particularly the traditional JV partners, NNPC undertook to settle all outstanding cash call arrears amounting to $5bn in 2015.

“Till date, we have defrayed over $2bn. All these efforts are geared towards sustaining investment and renewing investor confidence,” he said.

Reps to probe NIMC over NIN