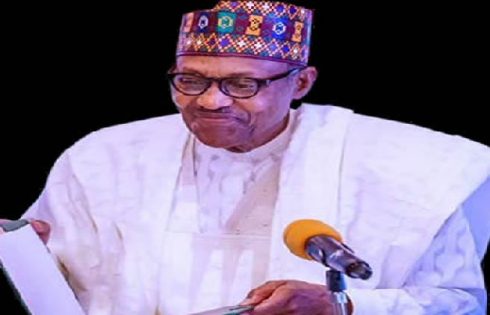 The Katsina State Police Command on Wednesday night announced the temporary closure of some roads during the two- day official visit of the President, Major General Muhammadu Buhari (retd.), to the state.

The affected roads are mainly within the areas where the President would unveil some projects during the visit.

A statement by the command’s spokesman, Gambo Isah, read, “Katsina State Police Command wishes to inform the general public that the President and Commander in Chief, Federal Republic of Nigeria, President Muhammadu Buhari, GCFR, will arrive Katsina State on an official visit on January 26th, 2023, to commission some laudable projects courtesy of the Katsina State Government.

“In view of the above, the below-mentioned routes will be temporarily closed from 0800 hours to 1200 hours on the 26th and 27th days of January 2023. IBB way, Kofar Kaura, Steel Rolling Mills roundabout to Liyafa roundabout, Alkalam roundabout to Umaru Musa Yar’adua University Underpass to Kofar Kaura Water Water works.

“On the 27th January, 2023, Dayi to Malumfashi road will also be temporarily closed.

“The Command urges road users to follow through other alternative roads to avoid traffic jams.

“The Commissioner of Police, Katsina State Police Command, CP Shehu Umar Nadada, psc, appeals to the good people of the state to partner with the security agencies towards a successful and hitch-free visit, please.”

How We Were Defrauded In Ponzi Scheme, Witness Tells Court