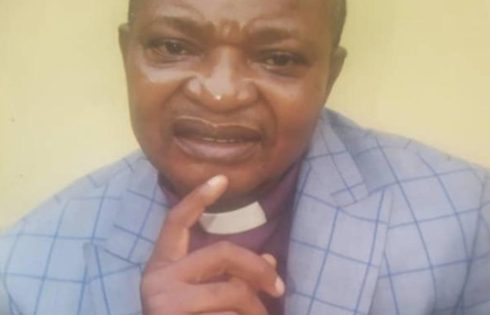 The immediate past Chairman of the Christian Association of Nigeria, CAN, Oron Chapter, Akwa Ibom State, Senior Apostle Tom Etim is dead.

The Apostle, who was the founder and General Overseer of Power Tower Mission International, was said to have died after a brief illness.

This was contained in a statement signed by the Secretary of the Church Management Board, Rev Innocent Bassey and made available to journalists in Uyo on Thursday.

The deceased was the elder brother to a former National Assembly member, Rt. Hon. Bassey Etim (also known as Bafil) and a two-term CAN Chairman in his area.

It was gathered that the former CAN chairman until his death was known for sharing church Tithes and offering to the physically challenged persons at the end of church service, which earned him the position of Grand Patron of the State Joint Association of Persons with Disabilities.

It was further gathered that apart from his doggedness in preaching the gospel, he was known for living a life of philanthropy and humanitarian service.

The statement said the funeral service would be held on December 23, 2022, at the Prayer Tower City, Prayer Tower Avenue, opposite Dakkada Luxury Estate, along Airport Road, Ibiaku Issiet by 10 a.m.

The statement in parts, ‘‘The late Senior Apostle Tom Etim was the immediate past Chairman of Christian Association of Nigeria, CAN, Oron Chapter, where he served for two consecutive terms.

“His death left us, the family, Christian Association of Nigeria, CAN and indeed the entire public with a great sense of loss. Surely, this is the will of God and a glorious exit indeed.

“At the grassroots, Senior Apostle Tom Etim made tremendous impacts in reaching out to his people through preaching the undiluted message of Christ and instituting life-touching programmes aimed at uplifting the people and by extension improving the economic fortunes of his community.

“The deceased was also the Chairman, Organization of African Instituted Churches, Oron chapter, the state Welfare Officer of the organization; Chairman Board of Trustees of Nigerian Christian Youths in politics; Chaplain for National Women in Agriculture and Environmental Protection; Chaplain of Transparency and Accountability Center and a member of Nigerian, American Christian Peace Movement; Weldon Christian Messengers, USA.”