US plans $12bn for climate action in Nigeria 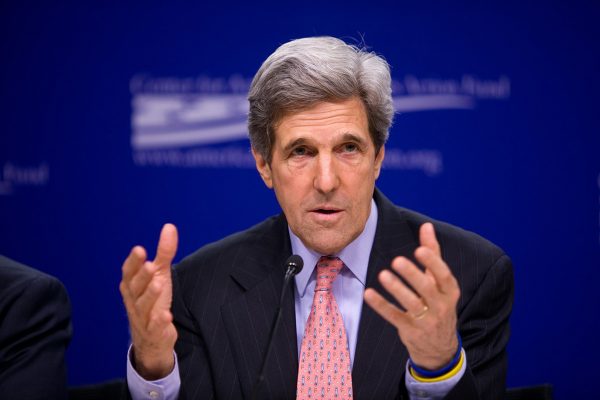 The United States Government on Tuesday signed various agreements with the Federal Ministries of Environment, Petroleum Resources, and Agriculture and Rural Development on measures to mitigate the crisis posed by climate change in Nigeria and globally.

US Special Presidential Envoy for Climate, John Kerry, led a delegation from his country to different ministries in Abuja and engaged with Federal Government officials on ways to strengthen climate action and the upcoming 27th Conference of the Parties to the United Nations Framework Convention on Climate Change (COP 27) in Sharm el-Sheikh, Egypt.

At the Federal Ministry of Petroleum Resources, Kerry stated that Nigeria was one of the nations in Africa that would suffer the most by climate crisis if nothing serious was done to avert the consequences of climate change.

He also noted that the country, alongside others, would benefit from $12bn for climate action by the United States’ government.

“Nigeria is one of the countries in Africa that would suffer the most from the consequences of the climate crisis,” he stated.

Kerry added, “So, I’m here not to say to Nigeria, you are emitting too much. I’m here to say that what you decide to do in the future, going forward, will have a profound impact on the choices of all countries in Africa.

Investigate before investing in any funds, SEC advises Nigerians