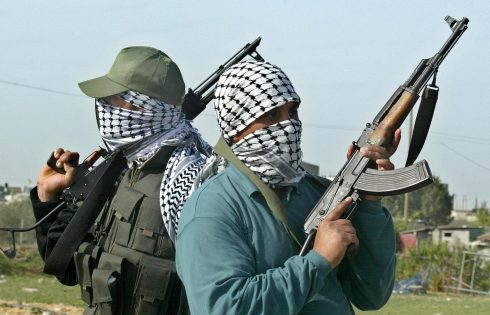 Gunmen suspected to be armed robbers on Tuesday invaded branches of UBA, Zenith and First Bank in Ankpa, Kogi State.

the incident which occured at about 2pm, triggered tension in the area.

An eyewitness, Lucy Yongu, who narrated the development, said the gunmen numbering about 30 invaded the town and went straight to attack the UBA branch before proceeding to Zenith Bank and later First Bank.

According to her, the assailants carted away unspecified sum of money from both customers and the bankers.

She said, “They came in on convoy of several vehicles shooting sporadically while the attack was happening. They were there for more than one hour and no security personnel intervened.

“Some residents are still unable to come out of their houses. We are still in shock on how these men successfully carried out the attack for that long time without the military or police coming out to help, it still amazes me”.

Efforts to reach the State police command proved abortive as at press time, as the Police Public Relations Officer, SP William Aya could not take his calls or respond to text messages sent to him.