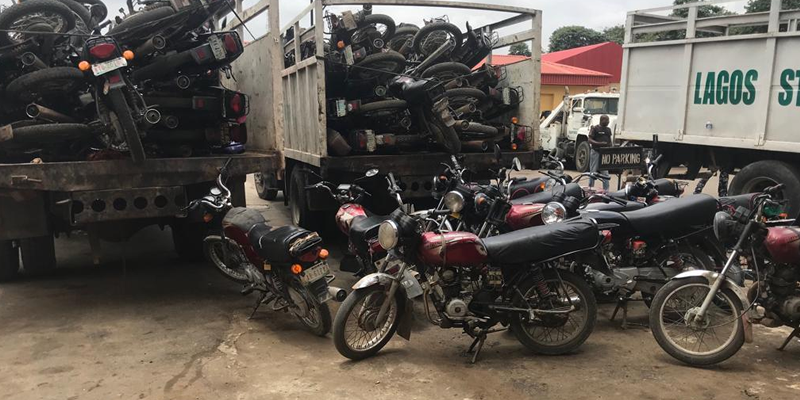 The Lagos State Government has said riders and passengers of commercial motorcycles arrested in areas where their services had been banned in the state are liable to three years in prison if prosecuted.

The state Commissioner for Transportation, Dr Frederic Oladeinde, announced this on Wednesday in Ikeja during a press briefing to restate the government’s extended ban on commercial motorcycles.

Oladeinde said, “The decision and position of the government on Okada is very clear, and we are not compromising on this decision which is to further consolidate on the achievements made so far with particular reference to decrease in accident and crime rates as well as the return of sanity to our communities within the state.

“We implore the general public to comply as both the rider and passenger are liable to three years in prison if prosecuted, while their motorcycles will be impounded and crushed in the public view, in line with the provision of Section 46, sub-section 1, 2 and 3 of the Transport Sector Reform Law, 2018.”

The Special Adviser to the Governor on Transport, Sola Giwa, appealed to all commercial motorcycle riders and passengers to comply with the ban and stay off all the affected local governments.