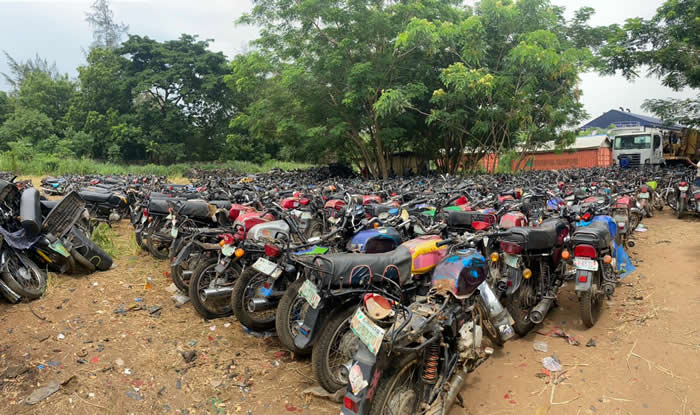 Reacting, the Amalgamated Commercial Motorcycle Owners, Repairers and Riders’ Association of Nigeria, as described the development as counterproductive, saying it will not solve the complexity of problems in the state.

The Governor Babajide Sanwo-Olu ordered a total restriction on commercial motorcycles in six LGAs, comprising Eti-Osa, Ikeja, Surulere, Lagos Island, Lagos Mainland, and Apapa, as well as LCDAs under them effective from June 1.

The state Commissioner for Transportation, Frederick Oladeinde, announced the extended ban during a press conference held in Alausa, Ikeja, adding that it would be effective from September 1.

He said, “The ministry, in conjunction with the inter-ministerial committee on okada, having critically accessed these resolutions and the challenges of okada operations on the security architecture of the state, recommended to Mr Governor not to go back on the already laid down phase ban in a bid to sustain the gains.

“Based on the apparent positive impact of the ban and the resolution of the stakeholders’ forum, Mr Governor has approved the ban of okada in another four LGs and their respective five LCDAs for the second phase of the total ban, in addition to the ongoing ban in six LGs and their respective LCDAs. This is to further consolidate on the achievements made so far with particular reference to the decline in accident and crime rates as well as to continue to bring sanity to our communities within the state.

“For the purpose of emphasis, the state government is now banning okada operations in the following LGs and LCDAs in a bid to further promote the safety and security of lives and property in the state. The affected areas include Kosofe, Oshodi-Isolo, Somolu and Mushin LGAs. The Development Area Councils are Ikosi-Isheri LCDA, Agboyi-Ketu LCDA, Isolo LCDA, Bariga LCDA, and Odi-Olowo LCDA.”

The commissioner said, “both riders and passengers arrested on proscribed routes would be made to face the full wrath of the law in line with the provision of Section 46, sub-section 1, 2 and 3 of the Transport Sector Reform Law 2018.”

However, in his reaction, the ACOMORAN President, Mr Samsudeen Apelogun, during a phone interview   saying it will not solve the complexity of problems in the state.

“Banning commercial motorcycles without providing an alternative means of transportation is counterproductive,” he said.

Apelogun wondered why governments like attributing criminality to okada riders.

He added, “I don’t support the ban extension because I can’t add agony and hardship to the problems people are currently facing.

“Not all of us can afford to get a vehicle as a means of mobility to other places we are going because, for now, okada is still an affordable and accessible means of transportation for citizens for now.”