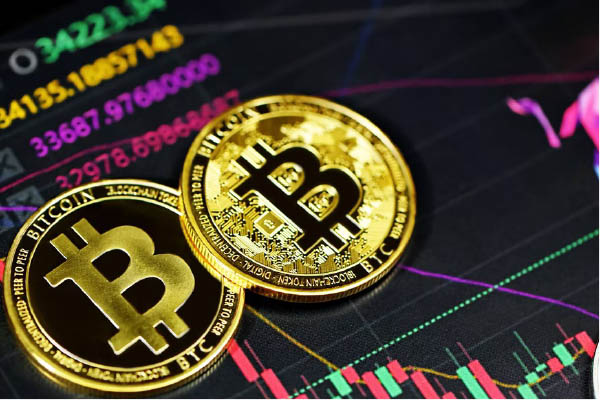 Nigerians traded N497.35bn ($1.16bn) worth of Bitcoin from the beginning of 2021 to June 2022, indicating an increasing prominence of the digital currency in the nation.

This is despite the Central Bank of Nigeria’s restriction on cryptocurrencies in the nation.

In February 2021, the CBN had said, “Further to earlier regulatory directives on the subject, the bank hereby wishes to remind regulated institutions that dealing in cryptocurrencies or facilitating payments for cryptocurrency exchanges is prohibited.”

Yet, according to figures from Paxful, one of the major peer-to-peer platforms in the nation, Nigerians have traded $1.16bn in BTC volumes in the last 18 months.

In 2021, Nigerians traded N428.75bn ($760m) in BTC volumes, translating to six million trades over the course of the year – at about 16,000 trades per day. The firm further stated that Nigeria became its largest country based on trade volumes within the year.

The firm said, “Nigeria is our largest country based on trade volume — over $760m in trade volume last year. In 2021, we also saw over 6 million successful trades in Nigeria, which breaks down to over 16,000 trades each day.

The firm added, “And despite the global financial crisis, Paxful is seeing that peer-to-peer and interest in Bitcoin are not slowing down.

“In the first half of 2022, trade volume in Nigeria reached nearly $400m, showing us that the emerging markets are still hungry for Bitcoin.”

Paxful is not the only P2P platform selling BTC and other cryptocurrencies in the nation. Others such as Binance, BuyCoins and co have a strong presence in the nation but official figures regarding their national transaction volumes are almost non-existent.

According to Chainalysis’ 2021 Global Crypto Adoption, Nigeria is the 6th leading country in the world in terms of cryptocurrency adoption, because of the resilience of its peer-to-peer monetary systems.

In its ‘Capital Flow Management Measures in the Digital Age: Challenges of Crypto Assets,’ report, the International Monetary Fund disclosed that crypto assets appealed to countries with younger populations.

It stated that countries with weak economic fundamentals were likely to witness a surge in crypto adoption because their population would perceive crypto as a hedging instrument against exchange rate and inflation.

The Founder and Coordinator, Blockchain Nigeria User Group, Chimezie Chuta, had earlier told The PUNCH that the P2P nature of BTC was driving its increasing adoption in the nation.

He said, “Crypto is designed to be P2P and the only way we started talking about bank accounts is for easy offloads or what we call unwrap.

The President of Stakeholders in Blockchain Technology Association of Nigeria and General Secretary of Blockchain Industry Coordinating Committee of Nigeria, Senator Ihenyen, said it was time the CBN had a rethink of its stance on crypto.

“Yes, I strongly believe that it is time the CBN had a rethink of its stance on crypto in Nigeria. No doubt, the CBN must have had compelling reasons for shutting out cryptocurrency in the country’s banking and financial system in February 2021.”

In 2021, the Minister of State Budget and National Planning, Clem Agba, urged the Federal Government to regulate the crypto industry.

At Technext Coinference themed, ‘Reimagining crypto as the future of finance,’ he said, “Regulations of the industry do not mean a giant hammer slamming down on the activities going on in an industry, but rather to optimise conditions for growth, tailored towards the industry.”

Eterna grows half year profit by 57.9%