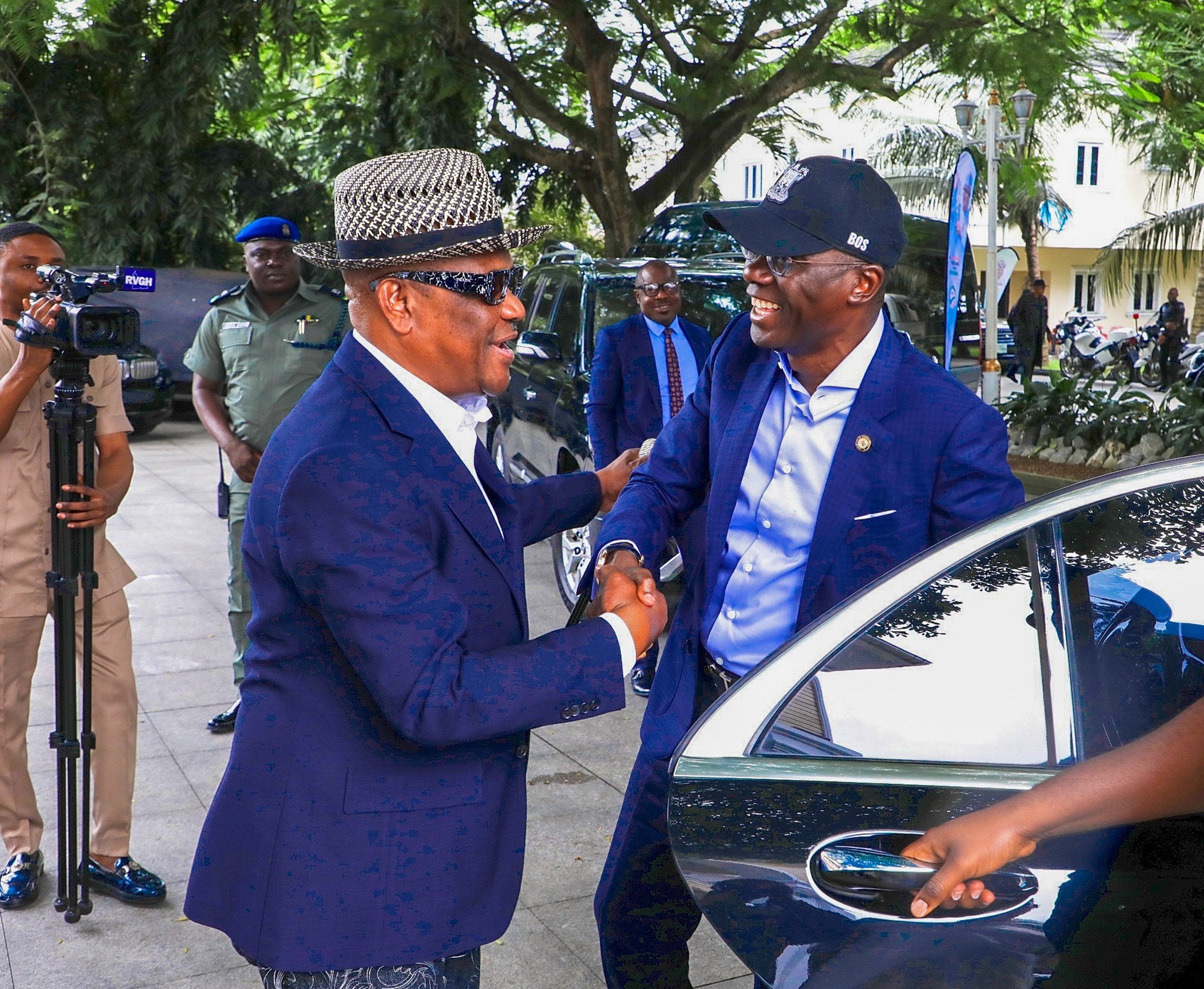 Rivers State Governor, Nyesom Wike has told his Lagos State counterpart, Babajide Sanwo-Olu that the State will not cede its governorship position to the ruling All Progressives Congress, APC.

Recall that Sanwo-Olu was in Rivers State yesterday to commission the Orochiri -Worukwo (Waterlines junction) Flyover in Port Harcourt.

During the event, Wike, a former presidential aspirant told the Lagos Governor not to be deceived by some propagandists claiming they were coming to reclaim the State.

He said the former administration in the State had looted the State’s treasury, stressing that they will not be allowed to return to office.

He said, “My guest from Lagos State, let nobody tell you story that anybody will come here to win as governor of Rivers State. It will not happen.

“Those who looted the treasury of the State will not come here to be governor of Rivers State and I have challenged them.

Governor Wike had accused the administration of the former Governor of the State, Rotimi Amaechi of allegedly transferring $50 million to a private account from the State Treasury.