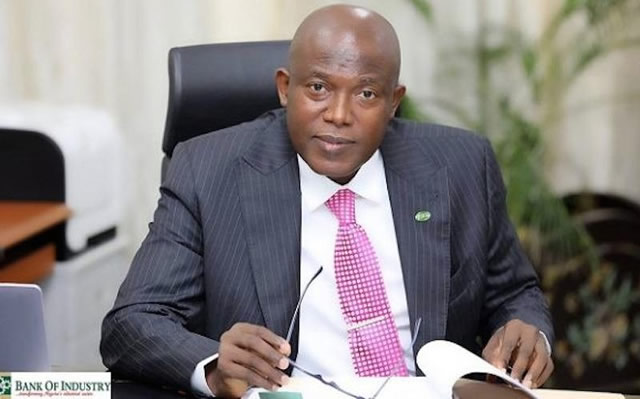 The Federal Government has disbursed N1.24tn to 4.21 million enterprises through the Bank of Industry in six years, the latest report on disbursements by the bank showed.

Data in the report indicated that the disbursements, comprising loans and grants, were received by micro, small and medium enterprises as well as large scale businesses between 2015 and 2021.

In the document, titled, “Institutional Turnaround for the Next Level,” obtained by our correspondent in Abuja on Friday, the Managing Director, BOI, Olukayode Pitan, explained that a total of N315bn was disbursed to over 4.2 million MSMEs.

This, he said, created an estimated 4.896 million direct and indirect jobs across the country during the six-year period.

For large enterprises, the BOI boss stated that the government through the bank disbursed N927.1bn to 1,074 businesses, creating 9.048 million direct and indirect jobs during the period under review.

He noted that for the Government Enterprise Empowerment Programme and the  N-Power Social Investment Programmes, the bank facilitated the disbursement of N68.0bn ($220.6mn) to 2.9 million beneficiaries.

For disbursements to businesses under the micro-enterprises category, the report explained that they included formal, informal businesses and co-operatives, including market women, traders and artisans.

It further said that the aim was to manage the Federal Government’s initiatives to support micro-enterprises, given that they were serviced via technology and telecoms platforms, state offices and microfinance banks.

It added that “the segment typically seeks finance of up to N10m.”

In the small and medium enterprise category, it stated that registered SMEs were identified across key clusters and were serviced through BOI state offices across the country, as the loan values were between N10m- N1bn

For large enterprises included registered large companies across key sectors of the economy, as they were serviced primarily at the BOI head office and got loan amounts of over N1bn.

The report further stated the bank developed partnerships with state governments, foundations and high net worth Individuals which had led to what it described as “Matching Fund” schemes.

“Matching Funds is a collaborative funding scheme between BOI and other partner institutions such as state governments, agencies and high net worth individuals on a 50:50 contribution basis. It is designed to provide finance to SMEs,” the banks stated.

The Chief Executive Officer, Centre for the Promotion of Private Enterprises, Dr. Muda Yusuf, said it was vital for the government and its agencies to continue supporting businesses across the country.

This, he said, was because many businesses in Nigeria, for instance, manufacturers, had continued to grapple with the problems of high cost of logistics, access to foreign exchange, access to raw materials and the impact of excise duty on alcoholic or non-alcoholic beverages

“This is impacting demand for their products. The high inflationary pressure is also constraining the capital expenditure of many of the manufacturing firms,” Yusuf stated.

He added, “Capacity to expand is being constrained because of the high inflationary situation. These are some of the challenges that are faced by the manufacturers and many other businesses.”

Output has declined significantly in many industries because of the challenges of accessing raw materials due to the scarcity of foreign exchange. Many players in the economy now resort to the patronage of the parallel market at very prohibitive cost, as very little access exists on the official window.

The sharp depreciation of the exchange rate and the parallel market which is over 300% has endangered the profitability of investments. The capacity to retain employment and the capacity to create new jobs have been greatly endangered because of the foreign exchange crisis.