2023: Bishops that attended Shettima’s unveiling may not be real – Amaechi 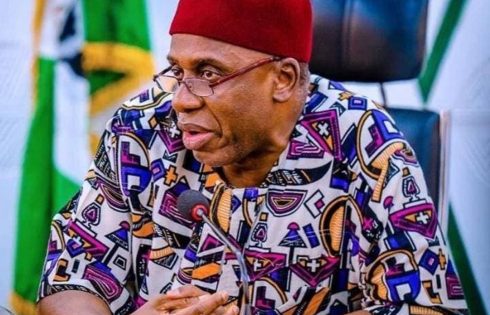 Former Minister of Transportation, Rotimi Amaechi has admitted that the bishops that attended the unveiling of Kashim Shettima as the vice-presidential candidate of the All Progressives Congress (APC) may not be real.

Amaechi stated this while speaking over the weekend at an event to mark the 60th birthday of Eugene Ogu, general overseer of Abundant Life Evangel Mission in Port Harcourt, the Rivers capital.

According to the former minister, the persons in question are Christians.

“Those bishops you saw [Kashim Shettima’s unveiling ceremony], they may not be bishops, but they are Christians,” Amaechi said.

There has been controversy and mixed opinions since over 30 ‘bishops’ attended the official unveiling of Shettima as the running mate to APC presidential candidate, Bola Tinubu.the leader Of INRI Evangelical Spiritual Church, Primate Elijah Ayodele, said the ‘fake’ bishops were an indication of what Christians should expect if APC retains power in 2023.