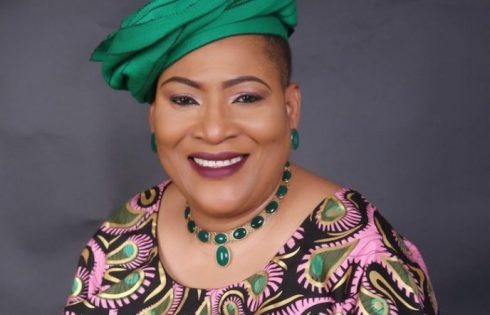 The President, Major General Muhammadu Buhari (retd.); Lagos State Governor, Babajide Sanwo-Olu; and the All Progressives Congress on Sunday, commiserated with the Nelson’s family on the death of a former South-West women leader of the party, Kemi Nelson.

Nelson died on Sunday at the age of 66.

“President Buhari notes the contributions of Chief Nelson as a former Commissioner for Women Affairs and Poverty Alleviation in Lagos State, the State Women Leader, National Deputy Women Leader of APC, and former Executive Director of the Nigerian Social Insurance Trust Fund, remarking that she was such a grassroots mobiliser and an achiever who left her footprints wherever she served,” the statement read in part.

Sanwo-Olu described the death of Nelson, who was a member of the state Governance Advisory Council, as a great loss to the state.

The governor, in a statement on Sunday by his Chief Press Secretary, Mr Gboyega Akosile, described the deceased as a passionate, loyal politician, women’s advocate, and an invaluable asset to APC and Lagos State.

“The death of Chief Kemi Nelson is a painful and big loss to me personally. It is also a great loss to the GAC which is the apex leadership body of the Lagos State All Progressives Congress, our party, the APC, the deceased family and friends,” he said.

The APC, in a statement by its Deputy National Publicity Secretary, Murtala Ajaka, described the late Nelson as an amiable personality, whose death came as a big loss to the APC family.

Ajaka also stated the deceased was a generous politician, loyal and dedicated to the APC as a governing party.

“Chief Nelson stood for unity and was in forefront of championing campaigns that favoured the lives of APC members and the masses. She never gave up on any responsibility.