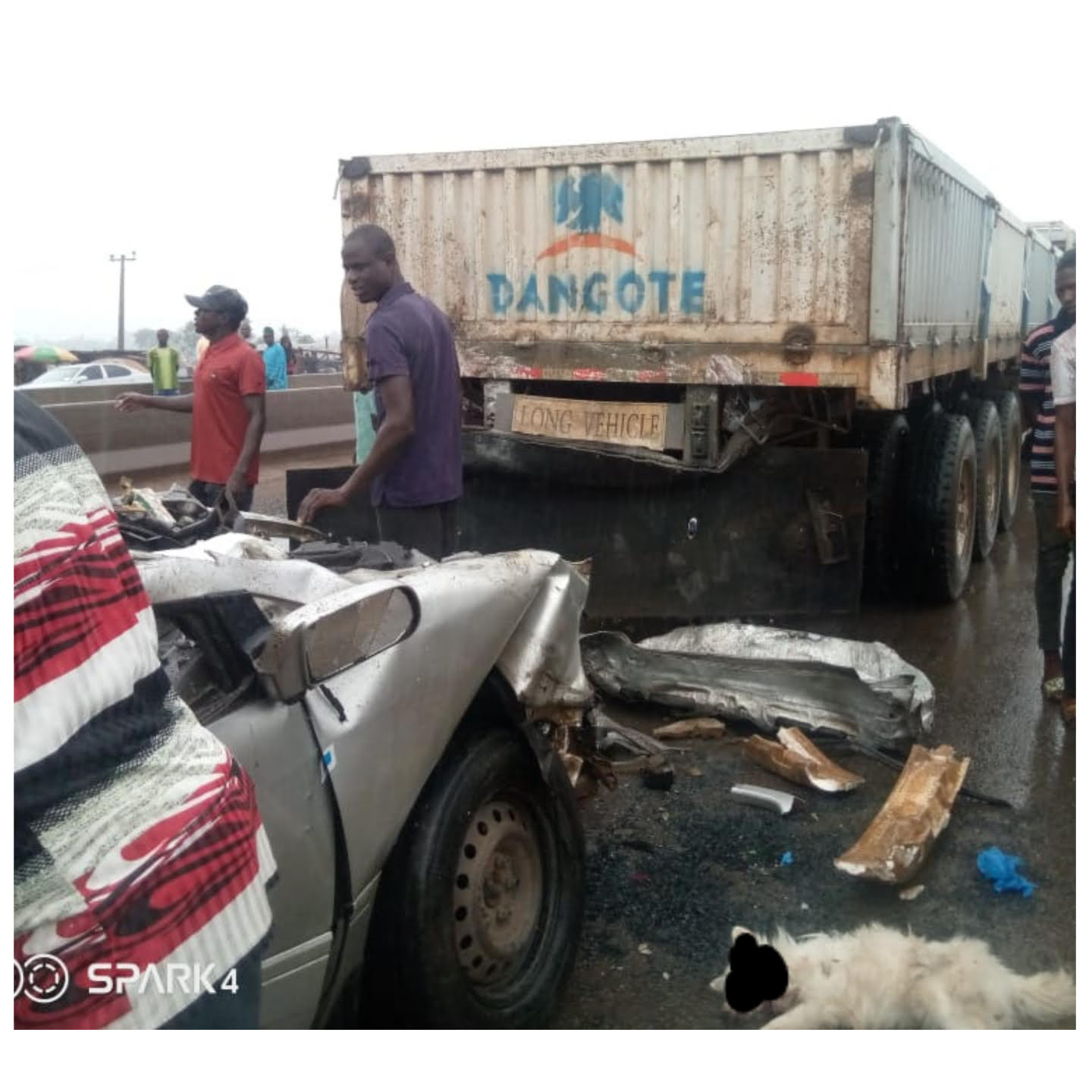 Four persons died on Monday in a motor accident along the Lagos-Ibadan expressway.

The road crash occurred at the Old Toll Gate, Ogere axis of Ogun State, around 3:22 pm.

Five persons were said to have been injured in the incident, involving nine persons – six male adults, two female adults and one male child.

“Four persons were recorded dead from the crash, all male adults,” the spokesperson of the Federal Road Safety Corps (FRSC) in Ogun State, Florence Okpe, said on Monday.

Okpe said a Toyota Sienna marked KJA738ET had rammed into a Howo trailer registered as KMC548YD.

“The suspected cause of the crash was excessive speed which led to loss of control on the part of the sienna bus driver, who collided with the truck when the truck driver was trying to reverse.

“The injured victims were taken to Victory Hospital, Ogere for medical attention while the corpses were deposited at FOS, Ipara morgue,” Okpe said.