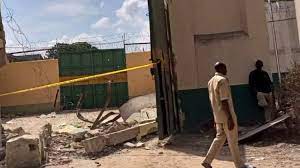 The Nigerian Correctional Service received over N500bn in the last seven years, with about 83 per cent of its budgetary allocations expended on recurrent items, such as salaries, furniture, vehicles and others, investigations by Saturday

Despite receiving this sum between 2015 and 2021, however, the facilities of most of the 253 custodial centres across the 36 states and the Federal Capital Territory have remained in a decrepit state.

This is as the service has recorded no fewer than 18 jailbreaks and attacks, during which it lost 20 personnel and 42 inmates, in addition to vehicles and buildings that were destroyed by the attackers.

Findings indicate that in 2015, the service budgeted N890m for capital and N44bn for recurrent. The following year, it allocated N14.4bn to capital and N54.8bn to recurrent while N16bn was expended on capital projects and N60.3bn on recurrent in 2017.

In 2018, the NCoS spent N16.6bn on capital items and N67.7b on recurrent expenditure. The following year, it spent N8.2bn on capital projects and N52.3bn on salaries and other recurrent items.

The 2020 budget indicates that the NCoS utilised N14.3bn on capital and N66.6bn on recurrent items while N12.7bn was voted for capital expenditure and N71.6bn for recurrent projects in 2021.

The service has lost several of its personnel across the country to riots, jailbreaks and attacks from armed assault in recent years.

For, instance, a riot and attempted jailbreak at the Abakaliki custodial facility in Ebonyi State on August 18, 2016, claimed the lives of six officers while eight inmates also died.

On April 9, 2021, two officers and five inmates were said to have been killed at a facility in Bauchi State while three NCoS officers also died in Oyo on October 24, 2021.

In the latest attack on the Kuje correctional centre on Tuesday, six persons, including an officer of the Nigeria Security and Civil Defence Corps and four inmates lost their lives while the perimeter wall and some cells were destroyed and seven vehicles torched by suspected terrorists.

The attackers reportedly freed 600 inmates, including 15 Boko Haram commanders who masterminded the March 28 attack on the Kaduna-Abuja train.

Analysis by Saturday PUNCH revealed that 1,226 escapees were recaptured out of a total of 6,620 inmates that escaped in 14 jailbreak incidents and attacks between 2016 and 2022.

The NCoS spokesman, Umar Abubakar, could not be reached for comment on why the service could not protect its facility despite its huge budgetary allocations. He had yet to respond to calls and SMS sent to him as of the time of filing this report on Friday.

Meanwhile, the NCoS, on Friday,  released the names and images of inmates with cases of terrorism who escaped from the Kuje Medium Custodial Centre in Abuja.

Following the Kuje jailbreak, the National Security Council met on Friday, at the Presidential Villa in Abuja, with the President, Major General Muhammadu Buhari (retd.), presiding.

Briefing journalists after the meeting, the Minister of Police Affairs, Mohammed Dingyadi, said, “We are talking about the Kuje jailbreak that arose as a result of the attacks on the correctional centre by terrorists as well as the banditry attack that took place in Katsina around the same time, as all as the various attacks on Shiroro Local Government Area of Niger State.

“Mr President was deeply concerned about these developments.”

According to him, the jailbreak succeeded because of the terrorists’ superior firepower.

Dingyadi said the security personnel deployed in the facility did their best to repel the attack but were subdued by the superior weaponry of the terrorists.

The minister revealed that some of the assailants were killed.

Asked why the terrorists could not be stopped, he said: “You see, these kinds of things, they happen and I want to assure you all that those who are supposed to play a role in ensuring that the attack was neutralised did their best but they could to neutralise it.

“I think what helped them was the number of people they came with and the superior weapons they came with. And because nobody anticipated it, the few people could not withstand the number that came. I think that’s what happened.”

He gave assurance investigation into the incident would continue.