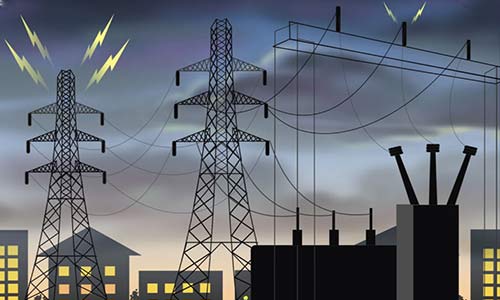 The Federal Government on Friday declared that Benin, Kaduna and Kano electricity distribution companies were the worst-performing Discos among the 11 power distributors in Nigeria.

It stated that based on this, the government through the Bureau of Public Enterprises and the Nigerian Electricity Regulatory Commission had resolved to sell the majority interest in the three Discos to competent investors.

The Director-General, BPE, Alex Okoh, disclosed this in a statement he personally signed while reacting to the resistance by some Discos on the move by Fidelity Bank and the government to take over and restructure poor-performing Dis

The receiver/manager’s nominee of Integrated Energy Distribution and Marketing Company had argued on Wednesday that it was the legal and beneficial owner of 60 per cent (controlling and managing) shareholding interests in the Ibadan Electricity Distribution Company.

Also, the management of Benin Electricity Distribution Company Plc had argued on Wednesday that there was no legal basis for the takeover of the company following the purported activation of the call on its collateralised shares by Fidelity Bank.

Both firms had disclosed this in reaction to the announcement of the Federal Government on Tuesday regarding the takeover of Kano, Benin and Kaduna electricity distribution companies by Fidelity Bank Plc after the bank initiated action to take over the boards of the three Discos.

The government had also announced on Tuesday through its Bureau of Public Enterprises that with the takeover of Ibadan Disco by the Asset Management Corporation of Nigeria, the BPE had obtained approval from NERC to appoint an interim managing director for the distressed power firm.

The government further had stated in Tuesday’s restructuring notice that it was restructuring the management and board of Port Harcourt Disco to forestall the imminent insolvency of the utility. The notice was signed by the Director-General, BPE, Alex Okoh; and Executive Chairman, NERC, Sanusi Garba.

But the government’s stance was confronted by resistance by some affected power firms, a development that made the BPE declare on Friday that it would go-ahead to sell the majority interest in Benin, Kaduna and Kano Discos.

Okoh said, “It is envisaged that the majority interest in these Discos would be sold to competent private sector investors with the requisite technical and financial capacity to re-capitalise and manage these entities efficiently.

“As an interim measure, NERC and BPE met on an emergency basis and activated the business continuity process and appointed interim Managing Directors in the affected Discos.”

“It must be reiterated that some of the publications from the core investors of these Discos have been quite disingenuous. Beyond the financial issues I have just discussed, the Discos affected happen to be the worst-performing ones,” the BPE boss stated.

He added, “Ibadan is currently being managed by a so-called receiver manager as a sole administration. The receiver manager has absolutely no capacity to manage a utility and has not been authorised by the regulator as a manager of a Disco.

“Ibadan is the worst performing Disco as per the performance assessment review conducted in December 2021.

“Ibadan Disco has actually retrogressed in terms of their critical performance parameters as contracted in the performance agreement signed with the bureau.

“In fact, the Disco under the management of the core investor, Integrated Energy Distribution and Marketing Limited, has performed worse than before it was privatised.”

He said the performance of Benin, Port Harcourt, Kano and Kaduna Discos “have also been abysmal.

“It is necessary to state categorically that the poor performance of these Discos represents a clear and present threat to the power sector as a whole and no responsible government and shareholder, would stand idly by and allow this situation to persist.”

The BPE helmsman stated that notwithstanding the challenges in the sector, the government remained fully committed to ensuring optimal performance in the power sector and would not shy away from taking the necessary decisive action to achieve this.

He explained that the bureau considered it imperative to clear the air on the insinuations and statements emanating from some of the electricity distribution companies which were restructured following the collaterised shares of some of the Discos.

He stated that as the bureau had earlier informed the public, BPE which midwifed the sale of the power companies and NERC, being the industry regulator, were informed by Fidelity Bank Plc on July 5, 2022, that a call on the collateralised shares of the core investors of Kano, Benin and Kaduna Discos had been activated by the lenders.

“It is important to note that the action is a contractual and commercial intervention and is between the core investors in these Discos and the lenders. BPE’s involvement is to protect the 40 per cent shareholding of the Federal Government in the Discos,” he stated.

Okoh added, “It was on this basis that new boards reflecting this action were constituted as follows: Kano Disco – Hasan Tukur, Chairman; Nelson Ahaneku, member; and Rabiu Suleiman, member.

He stated that as the agency, representing the interest of the Federal Government in the Discos, BPE had already engaged with  the Central Bank of Nigeria (as the banking sector regulator) for an orderly transition.

This, he said, was to also ensure that the lenders did not hold the the collateralised shares of the core investors in perpetuity given that they lacked the technical capacity, nor had they been duly authorised to operate an electricity distribution company.

“The lenders have also assured BPE and NERC that they would participate fully in all the ongoing market initiatives aimed at improving the sector, e.g. the National Mass Metering Programme,” Okoh stated.