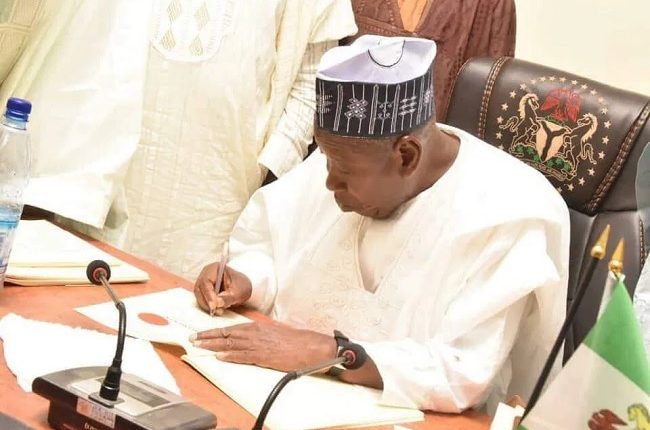 The Kano State Governor, Abdullahi Ganduje, has approved N33 million in upkeep allowance to be paid to post-graduate students from the state currently studying in France.

A statement issued by the Commissioner for Higher Education, Dr Mariya Mahmoud Bunkure, on Sunday said the fund is part of the counter-part funding under the France–Kano State Government Scholarship Scheme.

“It would be recalled that in line with the government’s numerous strive for improving the quality and standard of Higher Education in the State, the governor on behalf of the State had signed a bilateral agreement, with the Government of France to train scholars from Kano in French Universities,” the statement said.

“These scholars are in reputable and world-class universities, with special interests in Science and Technology.”

The statement said through this scheme, hundreds of scholars drawn from institutions of higher learning in the State had completed and acquired Masters and PhD degrees, just as many others are on the final lap of completing their programmes.