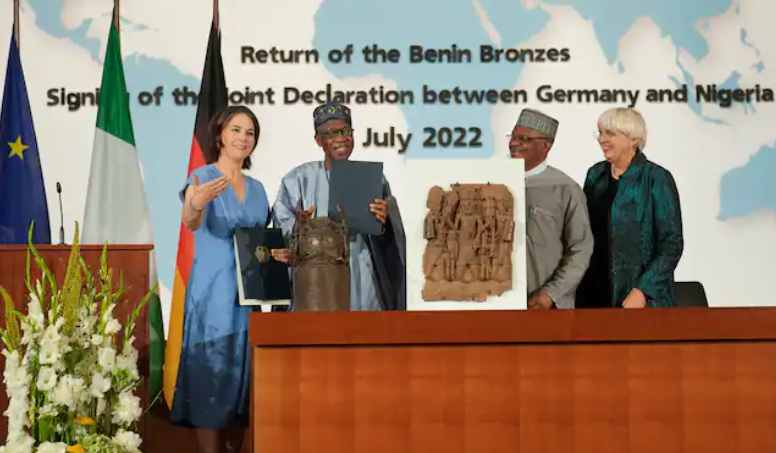 Nigeria and Germany have signed an accord for the return of 1,130 Benin Bronzes.

The signing by the officials of both countries took place on Friday in Berlin.

Minister of Foreign Affairs, Annalena Baerbock and Minister of State for Culture and Media, Claudia Roth signed for Germany.

Mohammed noted that Germany did not colonise Nigeria and was not part of the looting of the artefacts.

He said they were looted from the ancient Benin Kingdom during the Benin Expedition of 1897 by the British force.

The Nigerian government said many bronzes got to Germany through trade and donations.

“By this singular action, Germany has taken the lead in correcting the wrongs of the past”, Mohammed said after the signing.