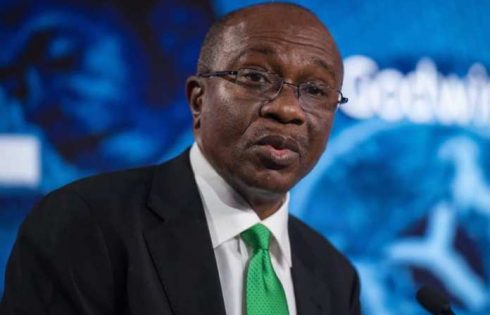 The Agricultural Credit Guarantee Scheme Fund, which is managed by the Central Bank of Nigeria, has guaranteed 1.232 million loans given to farmers across the country.

The monetary value of the loans was estimated at N130.903 billion. The apex bank also challenged farmers to join hands in revitalising the country’s $430 billion economy by enhancing value-addition and diversification.

These were the highlights of the national award ceremony for the 2021 Best Farmer of the Year Award under the ACGSF held on Thursday in Abuja.

He noted that the Federal Capital Territory had,  from January to May 2022, guaranteed a total of 82 loans under the scheme, valued at N22.580m.

In terms of loan recovery, Okon said 11,726 loans valued N801.058m were repaid under the scheme in the FCT from inception, noting that the records showed a high level of commitment of the officers in the FCT as well as the determination of the farmers to utilise the opportunities offered by the scheme to empower themselves and improve their lots.

“We do hope that before long, participants in the agricultural value chain in the FCT will take advantage of the opportunities provided in the Amended Act,” he said.

Okon further said that the disbursement was part of the proactive measures to encourage people and cushion the impact of the global crises on the economy and support the agricultural sector.

“Truly, the Federal Government, through the ACGSF scheme as well as other development finance interventions of the CBN, has continued to promote the quest for the nation to attain food sufficiency,” he noted.

The Abuja Branch Controller, CBN, Michael Onyeka Ogbu, said the ceremony was an expression of the apex bank’s management’s commitment to supporting hard work, innovation, and productivity in the agricultural value chain.

“To this end, the CBN challenges Nigerian farmers to explore our various agricultural interventions aimed at enhancing value addition to their output towards attaining food self-sufficiency, provision of raw materials to our manufacturing industries and also for export, which ultimately assists in diversifying and improving the foreign exchange earnings base of our economy,” he said.