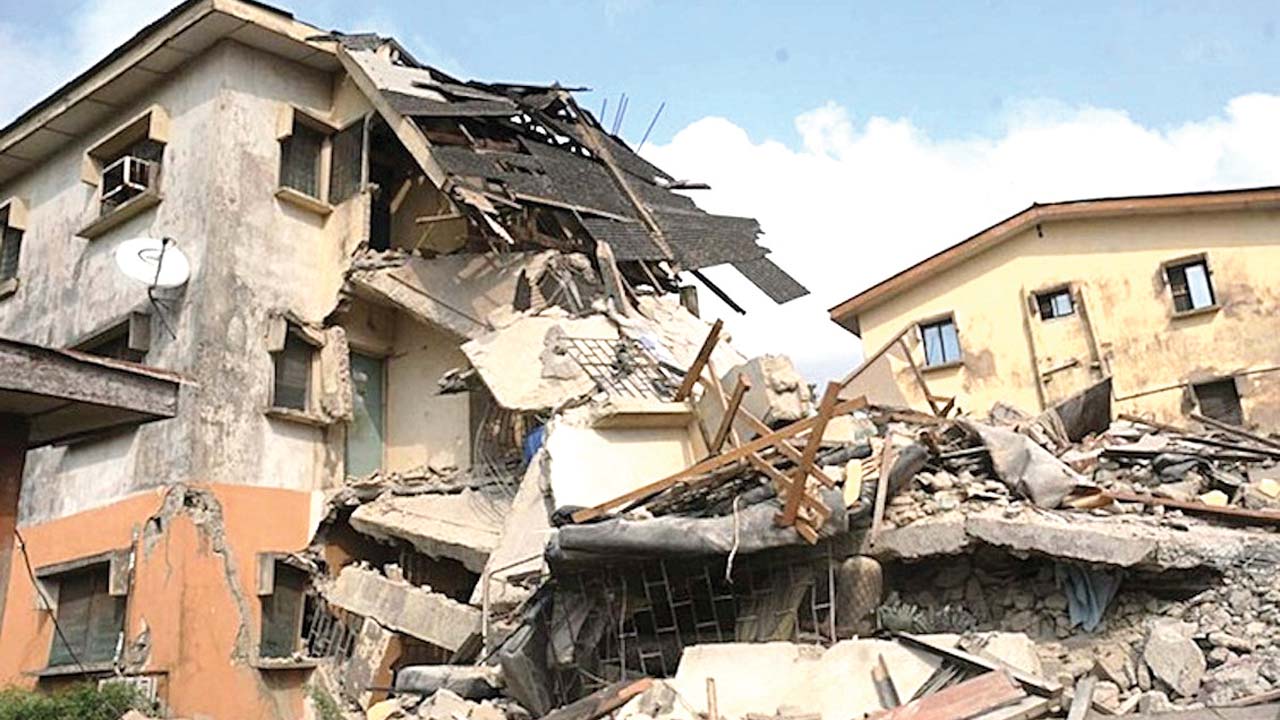 Tragedy was averted on Wednesday when a three-storey building caved in along Bende Street in the old Port Harcourt township, Rivers State capital.

Though there were no human casualties, a survivor said she was initially trapped, but later left the building with the aid of a ladder.

An eyewitness said the building collapsed at about 2am on Wednesday.

The witness said the building was abandoned, but some persons were squatting there.

A man said to be the chief security officer of the area, I, R. Dappa, said the building was marked for demolition in 2018, but nothing has been done since then.

Dappa said the building has been a threat to human life and some property owners in the area.

When contacted, spokesperson of the Rivers State Police Command, Grace Iringe-Koko, confirmed the incident, saying the building was old and abandoned.

“Yes but it is an abandoned building. There was no casualty because I understand nobody stays there,” Iringe-Koko said.