2023 presidency: Why we sold forms to everyone who came to buy – APC 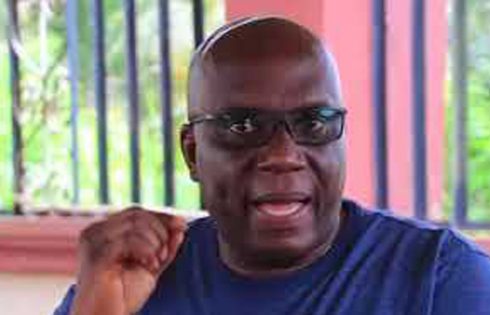 The ruling All Progressives Congress, APC, has explained why it sold its nomination and expression of interest forms for the president and other elective positions to everyone who came purchasing.

During an interview on Channels Television on Wednesday evening, the APC spokesman, Barr. Felix Morka was asked why the party went as far as allowing groups and individuals to buy forms for some aspirants.

Some of the aspirants rejected the forms and denounced the buyers, while insisting they have no interests in running for the nation’s topmost political office.

APC raked about N2.8 billion from the sale of 28 presidential nomination and expression of interest forms alone; while 25 of those forms were filled and submitted, three were not submitted.

One of the unsubmitted forms was that which was reportedly purchased for the Governor, Central Bank of Nigeria, CBN, Godwin Emefiele by the Rice Farmers’ Association of Nigeria.

Asked why the party decided to allow that, Morka said, “If I believe very strongly in you that you’ll make a good President…you know, I’ll purchase. As at the time of purchase, there are no filters.

“You come, indicate the office you want to purchase a form for, make the payment, payment is confirmed and the form is given to you.

“It’s at the point of submission that the actual verification begins, where we begin to check all of the requirements, whether you actually met those requirements or not and all of the things the guideline set out as eligibility to run.

“It is at the point of submission actually that we begin to do the checklist of those things that should be there, but otherwise, at the point of purchase, we sell the forms.”