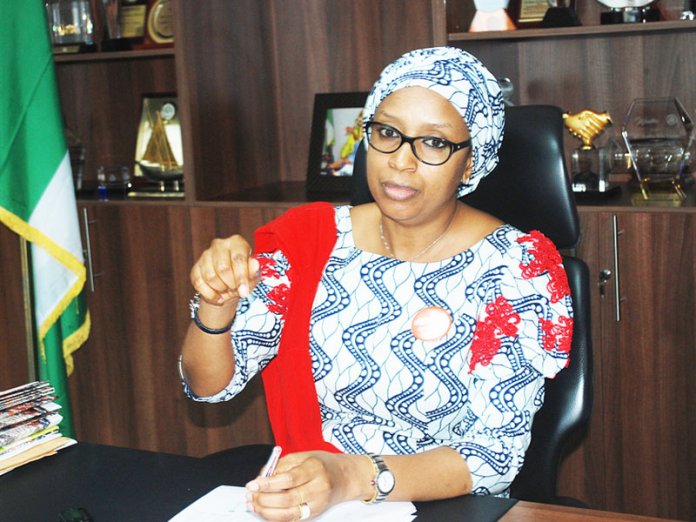 The Managing Director of the Nigerian Ports Authority (NPA), Hadiza Bala-Usman reports in a section of the media stating that she was indicted in an audit report on the NPA purportedly released by the Auditor-General of the Federation (OAuGF).

In a statement she personally signed yesterday, she said media reports (Not THISDAY) alleging that the Auditor-General of the Federation has issued some queries regarding monies being owed the NPA, by terminal operators are false, unfounded and a figment of the imagination of illiterate interlopers being used by her traducers to tarnish her name

According to her, “Ordinarily, the NPA should clear the air about these allegations, and for this reason, I have refused to make any comments since the news broke. However, it is becoming more apparent that tarnishing my image is the primary mission of promoters of the story. On Tuesday morning, for instance, several people sent me a social media post with the title: “NPA Audit indicts Hadiza Bala Usman for not remitting N40b, $921.61m and £289.931.82 to federal government accounts.”

“I make bold to say that this report is untrue and a fallacy from the imagination of anyone spreading the falsehood. I also challenge anyone with proofs of this allegation to present them in public. The truth is that even if there are monies unremitted into the federal government’s accounts, these monies will remain in the Treasury Single Account (TSA) where all revenues generated by the Authority domiciles. In addition, the Authority will have explanations for any audit queries that may arise, whenever they do.”

The report, she said, claimed that the imaginary allegations of abuse of office, corrupt enrichment and failure to account for billions of naira led to my purported sack.

She added, “I state without any equivocation that I have not received any information about my purported sack from any quarters until this moment. I have also not been indicted for any offence as alleged in these increasing lies. It is apparent that realising that no credible media outlet would publish unsubstantiated claims as in the case under discussion, promoters of this falsehood have adopted the social media option.

“I appeal to all Nigerians to discountenance the falsehood, which is meant to serve the ulterior motives of its promoters. On a final note, I should state that I am proud of my service to the nation regardless of repeated attempts by dark elements to paint me and my service in black.”