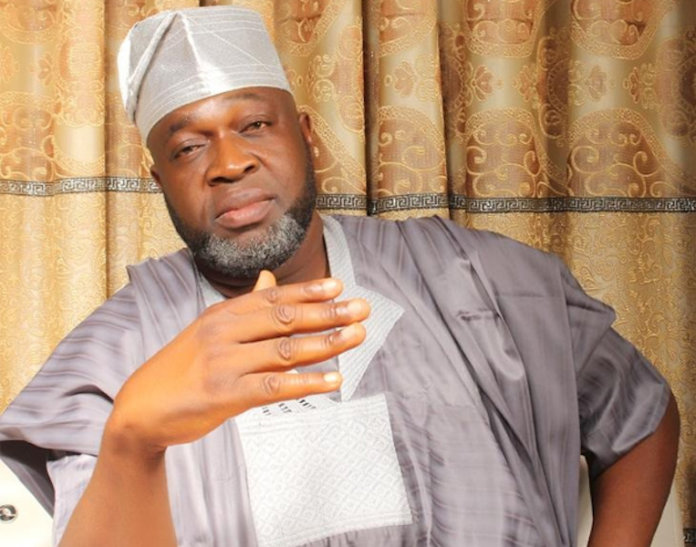 Governor AbdulRazaq has set developmental milestones since he assumed office on May 29th, 2019. He has touched the nooks and crannies of the state with different masses-oriented initiatives. He has completely deviated from the ills and sharp practices that characterised the past administrations in the state. It’s in this same Kwara State we had people helping themselves and their cronies to public funds, at the detriment of building infrastructure and delivering good governance to the good people of Kwara State.

Very recently, discovery of billions of Naira linked to yet to be identified persons and a suspicious address speaks volumes of where Kwara was coming from. Till date, no one knew who domiciled the huge amount of slush funds in the bank account discovered by the anti-graft agency. Kwara has never experienced this spate of development and growth before now and it is not centered just in the state capital but spread across the various communities of the state. Even those who have lost hope in government have now found it under AbdulRazaq. Do we talk about the impactful Kwara Social Investment Programme (KWASSIP) that has helped raise and sustain lots of vulnerable Kwarans, fixing of major waterworks like that of Oyun, Igbaja, Lafiagi, among several others or expunging the state from the black list of Universal Basic Education Commission (UBEC), which manifested in fixing of hundreds of classrooms across basic schools in the state.

It has actually been so far, so good for Governor AbdulRazaq. When he took the mantle of leadership, he earnestly disbursed payment to complete the state secretariat which the former administration abandoned. These are what Kwarans have been yearning for. He also completed some of Governor Lawal’s water and infrastructural projects abandoned in the state. So, it appeared comical to me when I heard the Kwara PDP zoned governorship ticket to the same Kwara North they neglected for decades and where AbdulRazaq had concentrated developmental projects to ensure the narratives of their marginalisation is a past tale. I imagined the basis that the opposition, PDP and its leaders will go back to campaign for them.

How would you rate the performance of the State House of Assembly?
The set of lawmakers we have in our state House of Assembly as presently constituted are resourceful and conscious of their legislative responsibilities. These are people, working relentlessly with the governor as partners to ensure physical and human capital development. The thorough scrutinisation of annual state budgets has paved ways for administrative creativity and GIGO that used to be operational in the past. They have also passed several bills with significant impact on social security like KWASSIP, they also have to their credit the Kwara State Sports Commission bill which has changed the structure and tune of sports development in the state and some others like the amendment of public procurement law and enactment of public audit bill to strengthen public institutional transparency and accountability.

Notwithstanding their excellent delivery in their primary functions, we have seen numbers of them who organised empowerment programmes for their constituents and also floated youths and students support programmes. Look at the lawmaker representing Share/Oke-ode state constituency in the state House of Assembly, Hon. Razaq Owolabi, he has done no fewer than three rounds of massive empowerment programmes for youth, women and aged. The federal lawmakers are also making giant strides. Look at what Senator Lola Ashiru is doing in Kwara South. Sen. Ashiru has facilitated infrastructural development to each of the seven local governments in Kwara South despite the fact that Ashiru is not a principal officer of the Senate. Kwara North and Central Senators are not also doing badly. They have actually upped legislative business in Kwara.

With the crisis rocking leading APC in Kwara State and Nigeria at large, do you think the party can attain victory in 2023?
Let me use Kwara State as an example. Those who are at the helms of affairs in APC are experienced and people with integrity. I can assure you they will mend fences and we will come out stronger. PDP that created Nigeria and Kwara’s socio- economic and political problems can’t feign sainthood or being solution-driven now. Meanwhile, there’s a crisis in PDP, what makes APC crisis more popular is not far-fetched, it’s because the party is in power. The opposition will want to ensure they do everything possible to remove them from power. In the case of Kwara State, different stakeholders within the party had been consulted by leaders of the party, among them is Prof. Oba Abdulraheem and they’ve made us to realise that PDP is not for them. Majority of the warring members are ready for reconciliation. PDP, led by Senator Bukola Saraki cannot win election in the state but merely wants to leverage on the internal cracks within the APC and we are getting that settled. Let me quickly remind you that, if we are not settling the internal crisis, Gbemisola Saraki will not be among APC National Convention committee. So, all those gimmicks by PDP of coming to Kwara to gather support would not work again. Kwarans know what they want and can’t be cajoled again in the next elections.

What is your take on moves by the Kwara PDP to take over the state in 2023?
Let me tell you this, PDP agitation is just a mere wishful thinking. It can never work out well after their 16 years of misrule in Kwara. What has been their achievement when they were in power? This is a very essential question we should ask Bukola Saraki. What Kwara North want and desire is development and equal opportunities and, without sounding immodest, no State government has prioritised development and governance inclusion of Kwara North like this present administration since the creation of the state.

2023 presidency: Not an easy road for South-East