Nigeria Must Return to Agriculture for Economic Sustainability, FG Insists 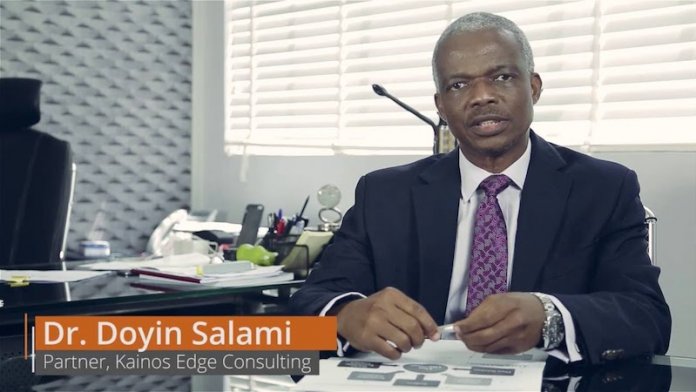 President Muhammadu Buhari has said Nigerians must return to agriculture in order to become a self-sustaining nation.

Buhari who spoke recently on a national television, said agriculture could sustain the Nigerian economy, if properly harnessed.

He said although insecurity could pose a serious challenge to agriculture, but he insisted that Nigerian youths must be encouraged to embrace agriculture.

“Only 2.5 per cent of our arable land is currently being utilised and we need to take advantage of our vast arable land to produce what can feed Nigerians and other countries of the world. When we closed our borders to importation of foreign rice recently, Nigerians were able to grow rice that can now feed Nigerians and we can even export rice to other countries of the world,” Buhari said.

Giving clarification about the appointment of Dr. Doyin Salami as his Chief Economic Adviser, Buhari said the choice of Salami was necessary because he has proved to the Federal Executive Council (FEC) members that he has ideas on how to better grow the Nigerian economy. When he briefed FEC recently, he told us that only 2.5 per cent of Nigeria’s arable land in currently being utilised and that Nigeria can do well in agriculture.

“If we had invested massively in agriculture several years ago, we would have grown our economy to a more higher level than it is today. So the choice of Salami is apt because he understood the Nigerian economy a lot better and he is just like a professor of economic matters, even though he is not yet a professor. I believe in him and in his judgement, hence I have to appoint him to take up that position. Nigeria needs him because he is patriotic and committed,” Buhari said.

He explained that he would like to leave Nigerians with a free economy that is free from smuggling, free from becoming a dumping ground to developed countries of the world, adding that he has obligation to protect the economy of Nigeria. To achieve this, Buhari said Nigerians must begin to create employment and take advantage of technology to drive the Nigerian economy.

Buhari who frowned at the electricity supply of the country, said no country can survive without adequate infrastructure put in place by government.

Buhari said he understood the difficulties and pains that Nigerians are passing though to the extent that majority cannot feed well, but he insisted that Nigerians must embrace agriculture to alleviate their sufferings and pains.

On the issue of the planned release of Nnamdi Kanu, the leader of the Indigenous People of Biafra (IPOB), Buhari said he would not interfere with matters of the judiciary, since the matter is in court. “Kanu was in Europe abusing Nigerians and the federal government and laying all manners of accusations against the federal government. Now he is in Nigeria to defend himself. He should be left to defend himself with the court and I do not think I want to interfere in that matter because I will like the judiciary to handle it according to the law,” Buhari said.

Oando, Medview, Others Worth N109.11bn in Market Cap Fail to Submit FY Results on NGX