Why APC May Not Hold National Convention 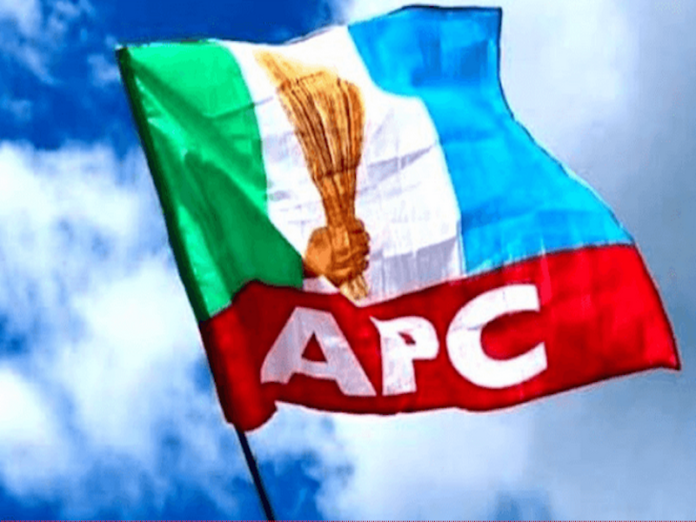 The ruling All Progressives Congress (APC) is not leaving anything to chance as the party’s national leadership under Governor Mai Mala Buni and his team are working tirelessly round the clock to ensure that the planned National Convention of APC will be devoid of litigation before, during and after the exercise.

Chairman of Progressive Governors Forum (PGF) and Governor of Kebbi State, Atiku Bagudu, as well as the Chairman of the Extraordinary/Convention Planning Committee (CECPC), Mai Mala Buni, had after meeting with President Muhammadu Buhari in Aso Rock Villa on November 22, 2021, announced February for APC’s National Convention.

Regrettably, crises in various state chapters of the party coupled with plethora of court cases instituted by aggrieved members posed serious danger to the stability of the party including the smooth conduct of APC’s National Convention.

The congresses conducted by the party at the ward, local government and state levels led to further polarisation of some of the state chapters of the party.

For instance, in the case of Zamfara, the state chapter of the party was enjoying relative peace following the reconciliation of the former governor of the state, Abdulaziz Yari and Senator Kabiru Marafa’s faction.

But the defection of the state Governor, Bello Matawalle from the Peoples Democratic Party (PDP) to the APC threw the party into crisis.

Aggrieved members from Lagos, Zamfara, Taraba, Ekiti, Kwara and Kaduna states have filed or threatened to file cases against the party leadership at both state and national levels.

At the moment, no fewer than seven cases are pending before the Federal High Court, Abuja, challenging either the legitimacy of the Buni-led party committee or the outcome of decisions taken by the committee since its inauguration on June 25, 2020.

There were at least five cases in various courts challenging the eligibility of the party leadership. Of the five pending cases, three were initiated by members of the ruling party while the opposition Peoples Democratic Party (PDP) and the New Nigeria Peoples Party each initiated one.
Recently, Marafa dismissed plans by the party to hold its National Convention in February 2022.

In fact, he advised Buni and members of his committee not to waste scarce party funds in conducting another “illegal act” in the name of a national convention without doing the needful.

Marafa noted that APC leaders in Zamfara who were illegally removed from their leadership positions are already in court challenging that decision.

“Some of us are putting our papers together to challenge the very existence of the so-called Caretaker Committee headed by Mai Mala Buni. The tenure of that illegal committee expired in June, the committee is still there acting illegally and causing trouble all over the place. Buni should take the path of honour and resign while he still has the chance.

“We are heading to court; let the court decide whether our constitution or the APC constitution has any provision allowing a serving governor to hold office and at the same time preside as (a party’s) national chairman. We will challenge every decision taken by this illegal committee since it came into office in June 2020.”

Similarly, aggrieved party members in Bauchi State who instituted the case with suit number: FHC/ABJ/CS/841/2021 between Babaji Abdullahi and six others vs the APC and five others, insist on going ahead with the suit.

Abdullahi, who filed the suit in Abuja, said they were still in court because the party leadership had not shown cause to warrant a withdrawal.

According to him, “You cannot beat a child and deny him the right to cry. We were unjustly treated and we intend to pursue this case until we get justice.”

As part of efforts by the Caretaker Committee to halt the party’s descent into anarchy, the leadership of the party set up the Senator Abdullahi Adamu Reconciliation Committee.

Like a similar committee before it, nothing has been heard of the committee, while no breakthrough has been recorded as some aggrieved members in various states have not been reconciled.

As a responsible political party, APC believes it has the magic wand to resolve all the pending litigation within its fold before it can conduct its National Convention. The party, according to insiders, instead of washing its dirty linen publicly is busy inside pacifying all aggrieved members in order to put the party in better stead to continue to contest and win future elections.

While PDP could afford to mistakes in the conduct of its national convention, APC cannot afford such expensive luxury as it’s expected to show good examples by thoroughly ticking all the right boxes especially as stipulated by the Electoral Act and the 1999 Constitution (as amended).

To this end, APC stalwart Chief Donatus Okereke strongly believes that the party has the capacity to put its house in order. According to him, APC which controls 22 states out of 36 states, apart from having solid grassroots structures nationwide, has a track record of being a responsible political party that adheres strictly to rules and regulations.

“We, as the ruling party and a political party with responsible structures, do not possess the luxury of impunity like PDP that went into its convention on the back of abuse of set constitutional procedural steps.

“It must be recalled that political processes that lead to a political party and its national convention are virtually fixed and the same for all political parties in the country.

“The party is expected to identify and collate the list of its delegates to the national convention from these congresses and mini conventions, before it proceeds to its substantive convention.

“Our party, APC as a responsible political organisation has in the past proven that it is only guided by its rule book and would do the same again, even now, and verily in the future in perpetuity.”

It’s evidently clear that the APC under the leadership of Buni has made appreciable progress in strengthening and stabilising the party despites its numerous challenges. In the last two years of the CECPC administration of the APC National Secretariat, saddled with the responsibility of preparing the party for its national convention, the party National Secretariat under CECPC has in succession undertaken the rejuvenation of the party units to set the ball rolling for a successful national convention.

Also, the CECPC under Buni had organised and effectively supervised a statewide reconciliation of all aggrieved members and groups within the party, and has achieved the withdrawal of all internal pending litigation against the party and among members of the party.

Subsequently, the peace that was achieved by the party and the show of accommodation that was obvious drew several high caliber politicians and bigwigs from the main opposition
party and others into the fold of APC in the last two years.

With eyes on the ball and without losing focus, the Buni-led committee which understands the antics of the PDP in saying negative things about the APC then went ahead to boost the party membership strength across the country via its well planned and executed nationwide membership registration and revalidation exercise.

These have been done, along with several other landmark achievements of the party under CECPC, that have further
endeared the party to the electorate and the entire population of Nigeria; thus CECPC has kick-started the real process of preparation for the party’s National Convention.

To achieve a hitch-free National Convention, Buni and his team organised a successful ward and LGAs congresses across the entire ward and LGAs nationwide. The exercise, according to Chief Segun Balogu, “was adjudged by all and sundry to be peaceful, successful and a testimony of the party’s internal democracy. “Accepted leaders at the wards and LGAs levels were elected, and in some cases, selected by consensus, in accordance with the party constitution.”

As a party driven by equity and justice, Musa Aliyu an APC chieftain from Sokoto State, said the unity of APC was paramount, noting that “the fact that there are disparities means there are aggrieved members, groups and concerns arising from the nationwide exercise; to this end, the party has resumed and has continued with the process of final reconciliation of all aggrieved members, groups and concerns in the party before the commencement of convention of the party. “This is one agenda the party cannot afford to play with and which, assuredly, is taken very seriously.

Another party chieftain from Cross River State, Chief Edward Ita said APC under the Buni-led committee has shown readiness to conduct a rancour-free National Convention. “Now, as our party, APC prepares for its convention, we, as a sign of seriousness and alliance with our constitutional procedures, must and have set our house in order to among several other necessities: Compile an up to date delegate list for the convention; the list should contain both the elected delegates from the ward, LGAs and state congresses, and the party’s regular statutory delegates. It is very important that in collating the list of the party’s statutory delegates, we take note of all deceased persons who were formerly statutory delegates of the party.

“We should remember that all past presidents on the platform of the party, all state governors, and all former and current members of the National Assembly who were and are still members of the party constitute the party
statutory delegates.

“The list should and would be prepared and displayed conspicuously for scrutiny prior to the convention,” adding, “continue the efforts, effectively and strongly, to bring into the fold all aggrieved and perceived aggrieved members of the party. CECPC must and would have to intensify the assignment of its reconciliation committee to expedite its operation to be able to meet up with the convention. At all cost, the party must go into the convention with the highest possible degree of unity,” he concluded.

According to Ita, “the APC had since discovered plans by some of our members who are APC in the day and PDP at night desperately working to present our great party in bad light by staging a walk during the planned National Convention. They just want to give the world the impression that APC is a divided party. No wonder somebody like Saraki boasted that they are waiting to receive APC members into PDP at the conclusion of our National Convention. I promise him that nobody is leaving APC for PDP. Once beaten, twice shy.”
Analysts believe that the current political differences within the APC lies its greatest strength as it will make the party become stronger at the end of the day.