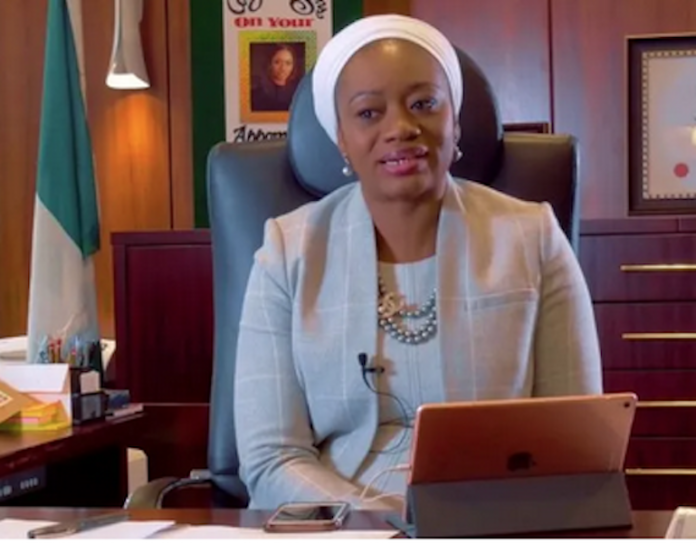 Central Bank of Nigeria (CBN) Deputy Governor, Mrs. Aisha Ahmad has been appointed the chairman of the re-constituted Board of the Nigeria Commodity Exchange (NCX) Plc.

In addition, three new directors were appointed for the exchange, out of which Ahmad was one of them.

A statement by the acting Head, Corporate Communications, NCX, Mr. Abiodun Sanusi, yesterday, said the reconstitution of the board and management was in line with the provisions of the Companies and Allied Matters Act (CAMA) 2020.

The statement said stakeholders had at the exchange’s Extra-ordinary General Meeting held on January 4, 2022, unanimously approved the retirement of directors as well as appointment of the three new directors.

Ahmad, was subsequently appointed Chairman of the board at the inaugural board meeting which held same day.

Additionally, the board appointments would be made in due course, the statement added.

The newly reconstituted board, along with a Transaction Management Team headed by Mr. Elenwor Ihua, who is acting as Interim Coordinator, would temporarily oversee the operations of the exchange, it stated.

Ihua would supervise an independent and transparent process to appoint a new Executive Management Team.

The development marked a critical milestone in the journey to transform the NCX into a world-class commodity trading company within the African and global commodity markets.

The core shareholders thanked the outgoing board and executive management for their patriotic service to the company and wish them all the best in their future endeavours.

Essentially, the move to reposition and revitalise the NCX was made public in January 2021, when the CBN Governor, Mr. Godwin Emefiele, disclosed that President Muhammadu Buhari had approved an investment of N50 billion in the exchange as part of efforts to reposition it.

Emefiele, who announced the investment decision at the inaugural meeting of the Steering Committee (SteerCo) for the repositioning of the NCX, had also stated that the federal government had also suspended, with immediate effect, the current plan to privatise the exchange.

He added that the decision to suspend the privatisation followed what he described as the unfortunate arbitrage opportunities which the government had noticed in the private sector arrangement, which had become an obstacle in moderating food prices.

According to him, the president had also approved a proposal for the repositioning of the exchange in order to consolidate on the government’s efforts aimed at strengthening the agriculture value chain, part of which includes connecting farmers to markets beyond their immediate environments.

Emefiele, who chairs the SteerCo, said the federal government’s premier commodity exchange had not been able to catalyse agricultural production due to structural and idiosyncratic challenges.

Others included a lack of broad legal framework and standards-setting as well as lack of supervisory clarity and overlapping supervisory mandates, among others.

According to him, the formation of the SteerCo also included representatives from Nigeria Sovereign Investment Authority (NSIA); Africa Finance Corporation (AFC); Ministry of Budget and National Planning; Ministry of Industry, Trade and Investment; and Ministry of Agriculture and Rural Development to oversee the implementation of the strategic plan.

Emefiele, who had explained that no timeframe had yet been set for the assignment, added that pending approvals, the first launch involving approvals on repositioning, restructuring, setting up various board structures, board committees and governance committees should happen within 90 days.

2023: Identity of My Successor Remains a Secret, Says Buhari