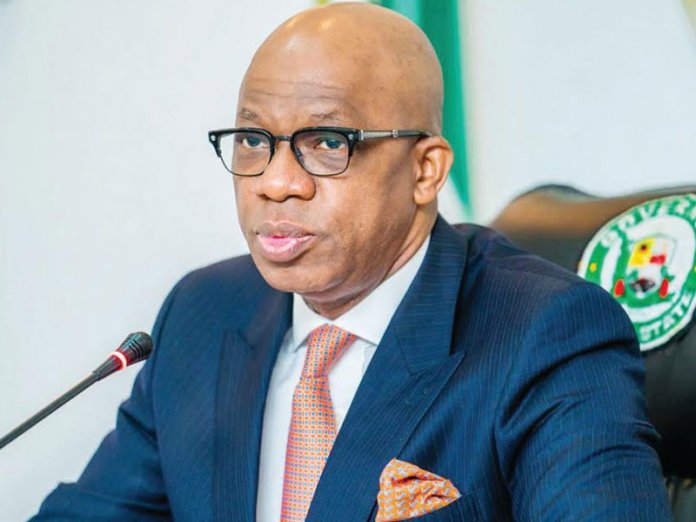 Ogun State Government yesterday said its N100 billion Internally Generated Revenue (IGR) target for 2021 was realisable because it had broadened its revenue base through innovation, provision of infrastructure and digital transformation initiatives.

The State Commissioner for Finance and Chief Economic Adviser to Governor Dapo Abiodun, Hon. Dapo Okubadejo, said this during an interview with journalists in Abeokuta.

Okubadejo said the government was optimistic of meeting and even surpassing the revenue target for 2022, due to the numerous innovative ideas already put in place.

He said, “We have embarked on a lot of fiscal, economic and financial management reforms in the areas of fiscal responsibility, debt management, procurement, treasury management, investment promotion and ease of doing business, amongst others.

“In addition, several economic transformation initiatives have been implemented to deepen and broaden the revenue base of the state while blocking leakages and improving process efficiency and service delivery through digitalisation.”

Okubadejo said the state had witnessed giant strides through rapid socio-economic and infrastructural developments in all the three senatorial districts especially the establishment of new Economic Development Clusters (EDCs), with shared infrastructure facilities such as power, broadband and other facilities, which will no doubt further improves the state competitiveness.

He said the achievements recorded by the Abiodun’s administration in the last 31 months had been due to the judicious and prudent management of resources available to it.

The Commissioner said Abiodun had demonstrated a high level of competence, commitment and also had been thinking out of the box to transform the state, since his assumption of office.

He explained the administration had embarked on the construction and the reconstruction of many roads, some of which he had been finished. This, he listed to include the Epe-Ijebu-Ode Expressway, the Abeokuta-Siun-Sagamu road, and many other township roads in 18 local government areas in the state.

According to him, several other major economic infrastructure projects such as the Atan-Agbara-Lusada road, international Agro-cargo airport were at different stages of completion and would be commissioned this year.

Okubadejo said the completion of most of the projects, either newly initiated or inherited from the previous administration could not have been possible without the improved IGR and the long term infrastructure financing from the Central Bank of Nigeria (CBN), at a single digit interest rate and two years moratorium.

He said: “Governance is about service to the people. The governor is not sectional in his approach to ensure meaningful developments that has been impacting positively on the lives of the citizens. He is a de-tribalised man who sees the entire state as an indivisible unit.

“The 14-kilometre road projects that links Ijebu-Ode and Epe has been completed. Another ongoing project is the Atan/Agbara/Lusada Road which is at the centre of the Agbara Industrial Estate.

“Due to the serious deterioration of that road, many companies were already shutting down their businesses, and in some cases, selling them off or relocating outside Nigeria, because of the deplorable condition of the road.

“Let us also look at the construction and beautification of the Gateway City Gate at the Sagamu-Abeokuta Interchange, the construction of 1,000 affordable housing units across the state, among other noble projects.”

According to him, “the infrastructure budget that is currently being executed in Ogun State is intended to lay a strong foundation for the economic transformation and sustainability of the state government.

“Given that the state already has fiscal responsibility law, every financing follows due process, not only through the executive committee resolutions, but also the State House of Assembly’s resolutions and approval in addition to the very stringent regulatory approval processes by the Federal Government, through the Debt Management Office (DMO), Federal Ministry of Finance and the Central Bank of Nigeria (CBN).

“When such monies are used to fund big infrastructure projects, such as Epe/Ijebu-Ode road that will open up the entire area for massive economic development which serves as the evacuation corridor for Lekki Free Trade Zone, that would also take off the traffic jam along the ever-busy Lagos-Ibadan and Lagos/Ore/Benin roads respectively, it is money well spent.”