An Enviable Brain Nigeria Is Yet To Utilise 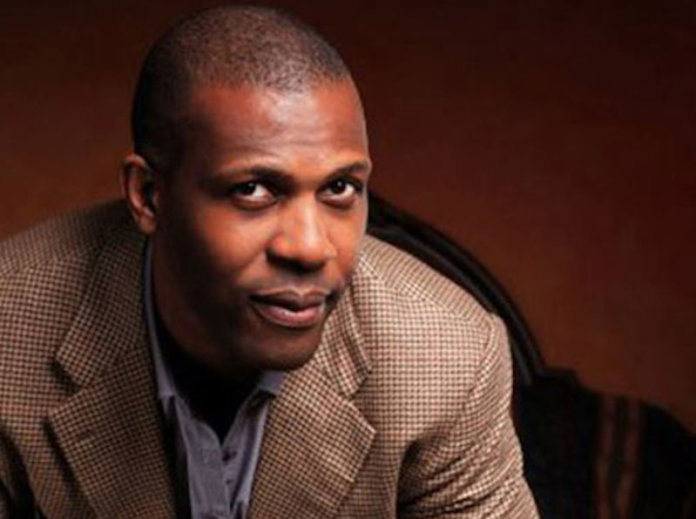 Odimegwu Onwumere focuses on the sterling qualities of a two-time gubernatorial candidate in Rivers State and chieftain of the All ProgressivesCongress, Prince Tonye Princewill

There is nothing that appeals to some persons as noting that you remembered them on their birthday remembrance either through calls, gifts, emails or articles. This is the reason I want a Prince of the Kalabari kingdom in Rivers State and son to a legendary Professor of Medical Microbiology and First class King, Prince Tonye T.J.T Princewill to note that he is remembered.

January 4 each year is the elocutionist called Princewill’s birth. He is a leader with the capacity to decipher vision into reality. He is a leader who knows the way, goes the way and shows the way. A thorough London bred of Kalabari parents with humility and humane features like one under the tutelage of one boss somewhere in either Ochanja Market in Onitsha or Alaba Int’l Market in Lagos dominated by Ndigbo.

I had the privilege of being close to the amiable Princewill sometime in 2008. Having contested the election of 2007 that the outcome is history today, the fearless Princewill was later in the creeks, not for the leisure to be with nature, but for the love of his home state – Rivers state, pleading to the Niger Delta agitators of then to drop their guns.

He was respected and still is, by that singular act of going out of the way of the palace as a prince, to negotiate for peace in his state in a most dangerous creek. Nevertheless, why Princewill has not climbed politically in elective or appointive positions in recent times does not meet the eyes, having been a two-time gubernatorial candidate in Rivers State under Action Congress (2007) and the Labour Party (2015).

He’s a good friend of Mr. Chibuike Amaechi who previously served in oil-rich Rivers State as Governor of Rivers State from 2007 to 2015 and Speaker of the Rivers State House of Assembly from 1999 to 2007, and now serving as the Minister of Transportation in the cabinet of President Muhammadu Buhari. It was on this friendship that Princewill lapsed his case in court in 2007, after the Supreme Court ruled on October 27, 2007 that Amaechi was the duly nominated candidate of the Peoples Democratic Party, PDP, for the election.

The Supreme Court’s award to Amaechi was against one gentleman known as Sir Celestine Ngozichim Omehia, who barely ruled the state for six months, and was Amaechi’s cousin. While the followership of Princewill are looking up to the day he would succeed politically, they are however not disappointed that the dude has succeeded in his private businesses and life. I could remember he once said that he would retire at 50, but seeing that there are so much to do in Rivers and across Nigeria as a country; he would not leave politics for politicians alone. This, being the reason a minute number in their 80s is still calling the shots in the political sphere in the country.

Princewill is a man who respects people to a fault. His love for hard work, patience and building the right foundation can never be overemphasized. This is the reason he is regarded in his circle of admirers as a phenomenon. Not because he is an engineer by training, or because he holds a post-graduate degree from the Imperial College, London, or because he practices ITIL and Change Management, or because he is skilled in the Oil and Gas industry, or because he is an ICT expert. He is good in both corporate and community relations.

Being vast in knowledge, the Rivers state government in 2007 saw the rare qualities of the son of the king who rules 33 communities and appointed him as its Investment Consultant. Within a short period, he attracted over Fifty Billion Naira (N50B) value of investments through the Public Private Partnership Initiative of the State Government. The Federal government of then also recognised him with an appointment into the Presidential Technical Committee on the Niger Delta, with a vision to carve a niche that would serve the future of the Niger Delta region.

Princewill is a peacemaker who believes that people should survive on welfare if given the opportunity to thrive. He believes that successful countries have no excuse to building successful citizens. Nigeria invariably needs Prince Tonye T.J.T Princewill closer in government either in state or federal level for positive contributions in governance. His knowledge encompasses politics but on how to move the society forward.

Princewill is a leader whose actions inspire people to dream more, build on their careers and development. He is a tested and trusted innovator who leaves a trail wherever he went. He has a bold course of action, with unconventional political sagacity and strategy. Standing with Princewill is standing with something special in a time of hyper-competition and non-stop commotion. He can blow an uncertain trumpet.

Princewill is a man who respects people to a fault. His love for hard work, patience and building the right foundation can never be overemphasized. This is the reason he is regarded in his circle of admirers as a phenomenon. Not because he is an engineer by training, or because he holds a post-graduate degree from the Imperial College, London, or because he practices ITIL and Change Management, or because he is skilled in the Oil and Gas industry, or because he is an ICT expert. He is good in both corporate and community relations

The Politics and Literary Works of Bashir Tofa

All Eyes On Iyorchia Ayu As PDP Inaugurates New NWC