That Self-serving Letter To Northern Leaders by Senator Jarigbe 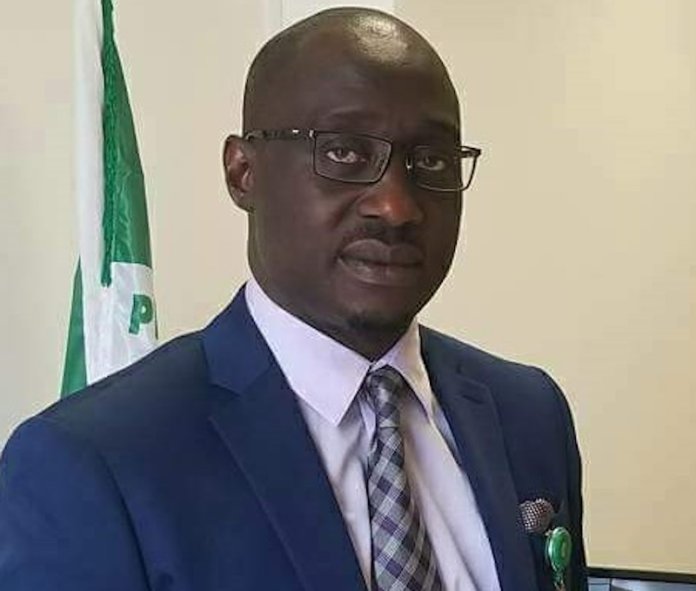 Jarigbe Agom, the Senator representing Cross River North Senatorial District has become the latest Cross River leader to subscribe to the state’s culture of petition/letter writing against themselves.

A day after the news of the Christmas visit of Northern governors, Atiku Bagudu of Kebbi State and Mohammed Abubakar of Jigawa State to Governor Ben Ayade of Cross River State made it way to the mediaspace, Agom wrote a letter, sponsored in national dailies and some local blogs disparaging Ayade and asking northerners to practically avoid his own governor.

Although, in the entire letter, Agom was unable to coordinate his thoughts into any specifics on why northern politicians should not relate with Ayade but he still dedicated considerable part of the letter to paint Governor Ayade as a deceitful leader that should not be trusted by northerner especially ahead of 2023.

It’s an open secret that the Governor and Agom have been having what is increasingly becoming an irreconcilable political differences that but many did not contemplate that it’ll degenerate into a point where Agom joins the old culture of writing such an unspiring letter which doesn’t seek to serve the state’s interest but his individual political interests.

No doubt, Cross River State has been one of Nigeria’s leading states in petition and letter writing. In fact, as far back as 1978, the former Vice Chancellor of the University Calabar, Prof. E. A Ayandele, in a speech in response to the protest that followed the appointment of Professors from Oron; O. E. Uya, S. M. Essang, and U. K. Enyenihi, described the state as “an atomistic society that’s perpetually at war with itself.”

Petitions have been the most constant variable in Cross River politics. There’s hardly any federal appointee in the country that receives less petition than anybody from Cross River. This trend has cost the state a lot of opportunities at the federal level to the point that the younger generation have been taking some deliberate steps to discourage such habit.

Unfortunately, it what is now a major blow, Agom who should ordinarily belong to the generation that are advocating an end to the culture of petition writing has joined the old fashion.

It’s an open secret that the inspiration behind the letter was the Governor’s rumoured presidential ambition. Seeing the Governor romancing with the President and having powerful Northern Muslim Governors pay him Christmas visit was too heavy for Agom to bear hence, his decision to take up the old traditional of pen war against his own brother.

But whose interest was he protecting? Cross River State is like the only state in Nigeria without a recognized national leaders that indigenes of the state can rally on for opportunities in the national. Perhaps, this explains why the state has one of the least numbers in the fedeal civil service. Other states within the South/South region have people like Rotimi Amaechi, Godswill Akpabio, Goodluck Johnathan, Adams Oshiomhole, Sen. Ovie-Omo Agege, Chief Edwin Clark, etc to make case for them.

When these people talk, the nation listens. But who do Cross River have in this mold? Even the Senate which has become a retirement home for former Governors, no former Governor of Cross River State has succeeded in finding his way there.

The current Minister from the state, Goddy Jedy-Agba, OFR have a wide range of national network but it’s important to note that he didn’t build his relationship with national leaders when he joined active politics in 2015.

The big question then is, what are others doing differently to become relevant in national politics that Cross River politicians are not doing? The simple answer is relationship. Cross River leaders spend all their energy concentrating in fighting themselves while others build bridges across board.

Perhaps, this is what Ayade has identified and he’s trying to do whether under guise of running for the office of the President or not. The state’s lack of national figure with influence has come with grave consequences. The President Muhammadu Buhari’s administration favoured people from the state with so many appointments but like leafs of a dead tree, most of them have all withered away because they don’t have anybody to make case for them at the national.

Walter Onnoghen former Chief Justice of Nigeria, Winifred Oyi-Ita, former Head of the Civil Service of the Federation, Chief Okoi Obono-obla, former Chairman, Presidential Panel on Recovery of Public Properties, Chief Akin Ricketts, former Chairman, Nigeria Ports Authority, etc have all been removed from office unceremoniously. Maybe, if they had a strong national figure they could rally on or that recommended them for the positions, some would have still been in office. Nigeria system is a man-know-man system where even if you succeed in getting at the top, you need to know somebody to sustain yourself there.
There are so many opportunities in the national alluding the state because there’s nobody from the state who sits in the boardroom with those who decide the politics of this state. Even in terms of project attraction to the state, there’s need for someone with influence in the centre to pull some through.

So, if the governor is trying to fill this gap which those who came after him clearly neglected, rather than being castigated because of local political differences, he should be encouraged. Tinubu’s influence in national politics today is more than 10 Senators put together. So, Agom should not destroy what the governor is doing that will be beneficial to the state because of his bitter battle with the governor for Senate.

Agom’s letter to the north against Ayade is to say the least, self-seeking and to huge betrayal to the state. Even if Ayade’s rumoured Presidential ambition is true, is he the only governor that has been rumoured to have presidential ambition? Are other governors not having political differences with politicians within their states? Why have we not seen letters like that from politicains who don’t agree with their governors? Did northern leaders solicit advise from Agom or they need his permission to relate with whoever they want to?

With the ceding of the Bakassi Pennusula to Cameroun, the loss of the 76 oil wells to Akwa Ibom and the failure of the Federal Government to pay the state the agreed compensation, amongst others, leaders from the state need to drop their local political differences and unite not out of choice but necessity in the interest of the state to ask for better treatment from the federal government.

No troop goes to war without a Commander, for now, Ayade as governor is the Commander and is building solid relationship with other Nigerians that the state can leverage on in the future to address some of its peculiar problems. Those who don’t want to align with what he’s doing should stay quite rather than destroy his efforts for personal greed.

Highlights of Achievements of the Buhari Administration in 2021